The Business of Smart Design 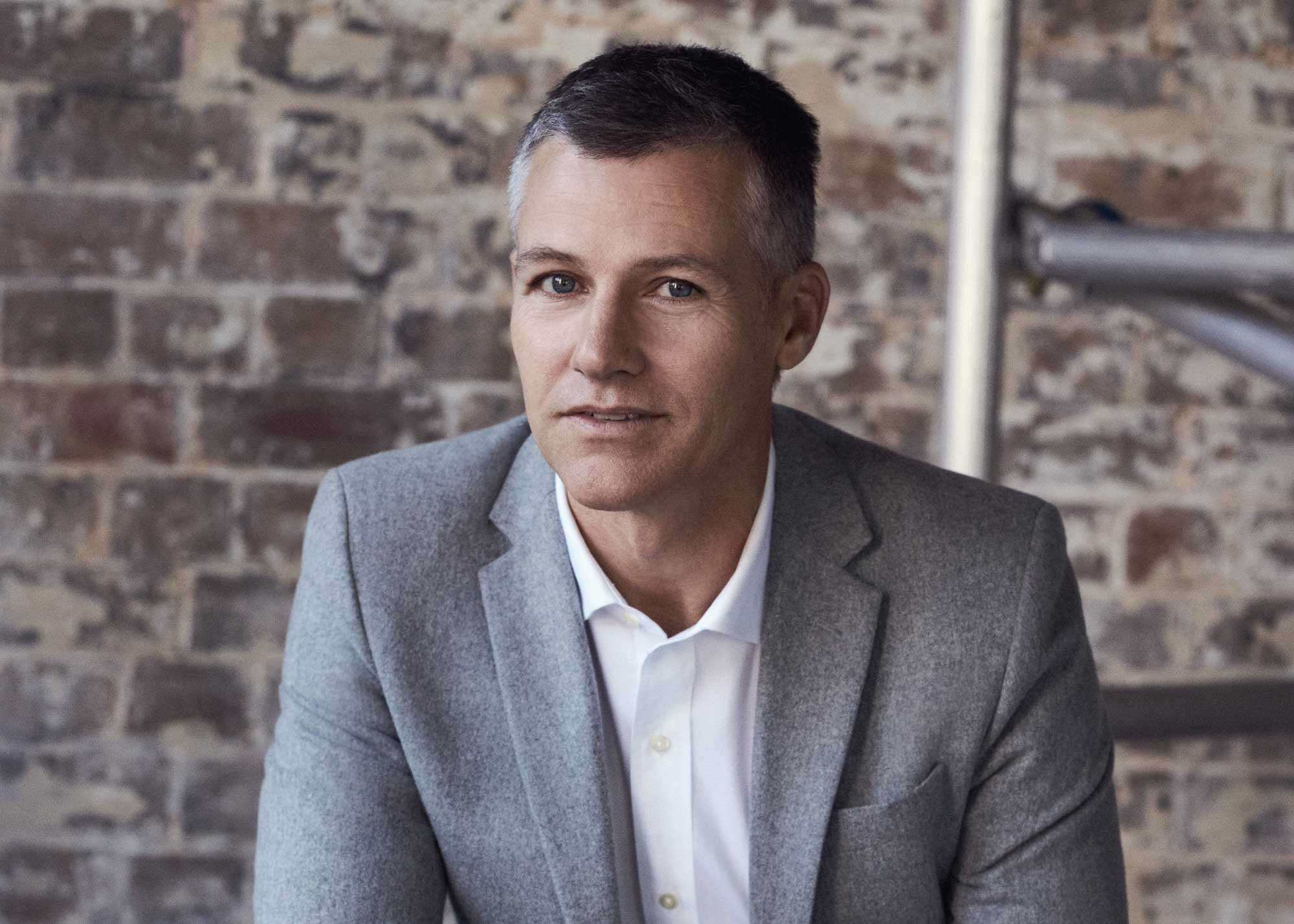 William Smart’s father thought he would make a good architect but a terrible businessman. He was half right.

2017 winner of the Asia Pacific INDE Awards’ “Luminary” category, William Smart, has chartered a remarkable course for the company he founded in 1997.  The firm has been recognised at the highest level at every major award ceremony in the region over the last 15 years.

Their contribution to Australian architecture and interiors has been quite prodigious, from the drama of the instantly iconic Indigo Slam house to the bold collisions of old and new worlds in reimagined heritage sites such as Orama in Woollahra and the impossible angles of Crown 515.

A synthesis of sheer vision, earnest labour and implacable attention to detail gives rise to built environments of unequalled creative flare, impeccable taste and sound judgement, catapulting the experience of their occupants beyond the everyday.

By his own admission, William Smart made a lot of mistakes very early on in the life of Smart Design Studio – an experience for which he is most grateful.

“It was good for us that we made mistakes at a point at which the cost to us was relatively small. They helped to formulate the processes and culture of the organisation.

Of great value for me was the realisation that, even with the greatest team, I still needed to have a level of engagement on everything to ensure the quality of our output.”

William describes the culture of the firm as a friendly and supportive collection of very driven personalities striving for excellence in everything. “If a wall has to come down, we teach our guys to come right out and say it; to approach difficult conversations directly and quickly.”

The firm has developed a reputation for detailing and sublime interiors. “I think that we are really known for our detailing. It is in this resolution of the detail that you make beautiful architecture. We have a passion for architecture and interiors with fantastic planning. We are very focused on a project’s unique attributes and how it fits into and belongs in its environment, rather than forcing the architecture on the landscape.”

This single-minded focus on the perfect execution of objectives seems to typify his path from young boy to multi-awrded architect. A clear intent, carefully considered plan and dogged determination become apparent as he relays his story.

From as young as seven, he knew that architecture was to be his calling. He recalls someone saying once that he’d make a good architect, at which point a somewhat comic acceptance of this fate made its home in his young mind.

He started taking cognisance of the buildings around him. He recalls asking his father what it would cost to buy their town, so they could fix its unsightly buildings, streets and parks.

As an adolescent, he developed a strong interest in automotive design and flirted with the idea of becoming a car designer, before realising the practical limitations that mass production would impose on his creativity.  He goes on to list the joyous benefits of architecture as he sees them: “The poetry and artistry; the non-logic based creativity, counterpointed by the rigour of well-resolved functionality…”

Within the industry, William Smart draws inspiration from such luminaries as Norman Foster and Tadao Ando. But his interests extend beyond the confines of this discipline to the hulking curves of sculptors such as Eduardo Chillida, whose influence is apparent in the concrete façade and monumental halls of Indigo Slam, which he speaks of with enormous excitement.

“Indigo Slam was a dream commission. The brief was incredible: build something extraordinary. Design the best house in the world. This project was transformative for us as a practice as it opened up the gates to more of these types of opportunities.”

Still on the topic of inspiration, William rushes ahead like a runaway train, launching into his latest project of significance, being the Rail Operations Centre for Sydney Trains.

”It’s gutsy and strong,” he says, “taking a conceptual position from the book Learning From Las Vegas, which put forward the argument for sign and symbolism in architecture – and helped to foster the post-modernism movement.

The guys who work at ROC really love trains, so we decided to make the building look like a railway structure.”

Smart Design Studio won the design competition to design and document the project in association with Jacobs. Their solution invokes the audacious architectural and engineering achievements of railway infrastructure and masonry-led buildings of the past.

Pushing the limits of design, functionality and sustainability

The highlight of the conversation seems to be the new offices that Smart Design Studio is building for itself in Alexandria. This is another signature piece for William. A blank canvas presents once again and the full force of Smart Design is being thrust into his world of ‘poetry, artistry and well-resolved functionality’.

A combination of responsible sustainability and because-we-can engineering defines this project. “We overcame the need for air conditioning, with under floor radiant heating and and cooling, and efficient ventilation solutions such as windows that automatically open on actuators and fans that blow or suck depending on the prevailing conditions.”

The top portion of the studio is to comprise a structural brick vaulted roof and the associated engineering complexities that come with such an aspiration. “I couldn’t see many clients wanting to go down this path, so this was our opportunity. At the start of the project, we weren’t even sure how to achieve the result we were after. We didn’t want to build steel support frames. We took a purist approach to the construction of this piece. which, to my knowledge, is the first of its kind in Australia.”

Quality: an opportunity for developers and their brands

When I ask William about his observations on where developers get it right, and where he sees missed opportunities, his response is simple. “It seems that in some cases developers undervalue the opportunity of investing in quality and uniqueness. There is a general dumbing down of product. The net result of market-led design is that everything ends up looking the same, quality falls by the wayside and we get what we’re seeing at the moment: a glut of middle of the road apartments that linger on market amidst a flight to quality.

I think that the sales results, where quality architecture is incorporated into developments, speak for themselves.

We have been involved in several projects that have had record-breaking sales either in the number of sales on release or the dollar value per square metre, or both. I think it’s unfortunate, though, that many developers don’t push this further and give the architects more control over the final outcomes.

The better the final product, the stronger the brand reputation is for the developer. Clearly people want the quality products, and will pay a premium for quality design, but there is further to go with this.

The novation of architects to builders and D&C contracts has impacted on the outcomes. We really love working with those clients who want to see the design properly delivered and not have it changed or chipped away at during construction.”

When I ask William what, in his view, are the development opportunities for the city of Sydney, he says: “There is a middle ground that is being overlooked. Sydney is becoming increasingly adept at high density living and does a reasonably good job of housing generally, but what is missing are the new suburbs with density, like Paddington and Surry Hills, with low-rise, village-style density.

What’s happened over the last 50 years is that we’ve continued to see subdivision as a major theme, land sizes have reduced but no developers have tackled the high density terrace housing; the 2 storeys, basement and yard that offers house-style living within a high density, village atmosphere.”

His hopes for Sydney as a whole are pinned on a handful of architects who are doing “extraordinary creations” at the moment, championing a movement towards beautiful, sculptural buildings, and hopefully our own unique discourse that responds to the unique environment, context and heritage that is Sydney’s.

Share Tweet Pin It +1
Previous PostTim Phillips of TILT Industrial Designers, On Architectural Solutions To Climate and Energy Constraints
Next PostThe Journey Is The Destination