The Journey Is The Destination 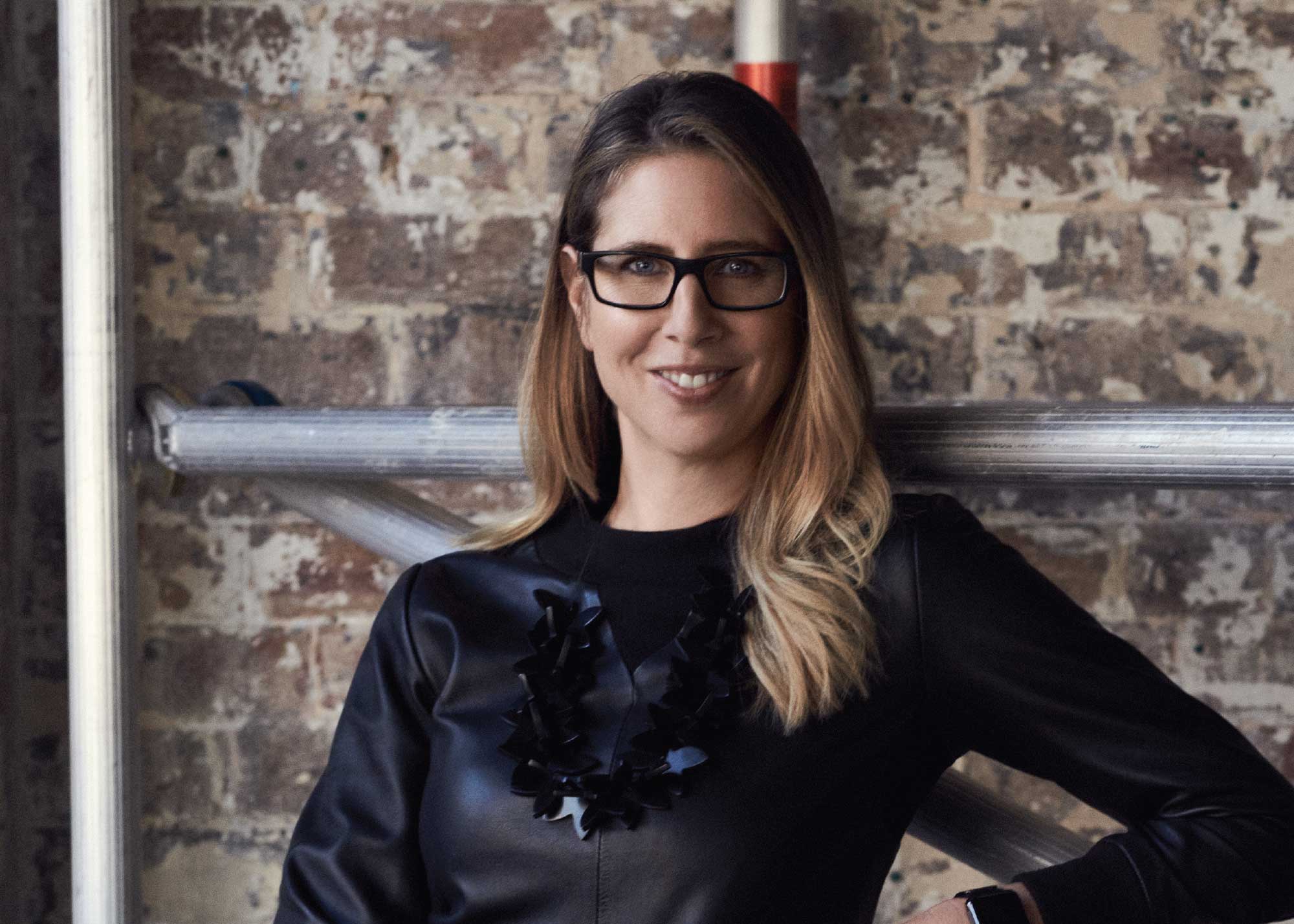 One half of the dynamic leadership team of the firm she founded with partner Jad Silvester, Penny Fuller is a recent recipient of the AIA’s Emerging Architect Prize, which she was awarded in recognition of the firm’s first built projects in Australia.

Prior to launching Silvester Fuller, Penny’s career included work on Renzo Piano’s Aurora Place and a period at Foster + Partners in London, where she worked as an associate, leading design teams on the development of large scale projects.

Recently, the firm is responsible for 18 Loftus Street at Circular Quay’s prestigious Quay Quarter, and has won the competition for the design of the significant One Sydney Park project for HPG, alongside MHNDU and Sue Barnsley Design.

The theme of the conversation with both Penny and Jad is one of journeys: not only their journey to becoming founders of a highly regarded Sydney firm, but also the journey that is their process for every project upon which they embark.

“We like not knowing the answer in the beginning and having it unfold through the process of understanding and problem solving.  We tend to embark upon an adventure towards an unknown destination.” Says Penny.

The duo is very quick to point out that their process takes precedence over everything when conceiving of a solution for a new brief.

“At the beginning, we are not concerned with what the building will ultimately look like. We are entirely focused on enquiry. If we prioritise the process, we know the outcome will be a success.”

“We don’t put pen to paper for some time at the early stages. We’re consumed with listening to the client and various other stakeholders in order to understand the objectives and challenges that define the project. We are insatiable consumers of information, which supports our analysis and ultimately the product we develop.

That depth of understanding fortifies our arguments to council, especially on tricky sites and ultimately, the diagramming flows naturally and responds to the practical nuances of the project.” Says Jad.

Their mantra is to “park the intuitive response” and rather focus on gaining an understanding of a project’s idiosyncrasies. There are no “master architects” at Silvester Fuller. No quick sketches handed over to associates to muddle through to completion.

“Whenever we begin a new project, we gather up our team, who understand our process of discovery and solution. It is a collaborative journey through which everyone is heavily invested.” Says Penny.

She cites 18 Loftus Street at the prestigious Quay Quarter, for AMP Capital, as an example of their process delivering a building that, through rigorous research and analysis, responds at every level to unique attributes and opportunities that present to each of the 36 apartments.

Views, privacy and sunlight have been maximised by gradually scaling and orienting openings as the building rises. From a solid base, similar in language to its historical context, the building seamlessly opens up to the north, becoming finer in its structure and maximising each apartment’s potential for views and sunlight.

A collaboration with MHNDU and landscape architect, Sue Barnsley, One Sydney Park is situated on a post-industrial landmark in Sydney’s inner west. This audacious project will deliver 400 apartments and terraces set amongst community spaces, retail outlets and landscaped gardens.

The project represents a significant engagement for the relatively young firm; not only because of its public significance but also in that it is the flagship project for their client, HPG, for whom this monumental development will set the standard for future projects.

As one might imagine with a project of this nature, accounting for the sensitivities around its impact on the parklands was fundamental to its success. The City’s requirement was that it be “stitched” into the parklands, so as to not encroach on the natural attributes of this community asset.

“There was a necessity for a degree of furriness.” Says Penny. “The collection of buildings needed to dissolve into the park’s green canopy, so as not to alter or impinge upon the natural surrounds. Even the solar panels are arranged so as to present as bodies of water. Those areas set back from the park itself present a raw, earthy language, comprising such materiality as masonry.”

The diligent process of research, analysis and solution is evident in every aspect of the project. From a resident’s point of view, the general sense is one of immersion. Double height, glazed windows look out onto hanging gardens and the park beyond. Even the lower ground arrival sequence is otherworldly, as a combination of paving, masonry, concrete and falling foliage lead one into the double height, glass foyer, set into the hillside.

Both Penny and Jad are enthusiastic about the prospects for architecture as a whole in Sydney. Penny notes, “There has been a major push of late towards a design focus across major projects by the City of Sydney. The proliferation of competitions and design panels has elevated the quality of work – and we’ve obviously benefitted from the effort to have a diversity of firms competing on new projects.”

“We see a lot of innovative thinking enhancing the built landscape.” Says Jad. “Architects have familiarised themselves with the design guide and are innovating with it.”

Penny adds: “Also, the consideration given to public amenity is having an enormous impact on the design of our city. It’s great that communities and financial returns are no longer mutually exclusive.

The ground plane has become an integral component across all urban projects. The quality of public space is a key factor in awarding projects, and the public, themselves, are getting smarter. Not so long ago, buyers were just looking for a home – but now there’s a real emphasis on what else am I getting? What kind of life can I live beyond my four walls”

Perhaps their most dramatic project to date is Table Cape Resort in Tasmania. Perched 170m above sea level on the cliffs of an extinct volcanic plug, Table Cape Resort is envisaged in conjunction with Aspect Studios as landscape architects.

This luxury 50-room resort is a hybrid of landscape and building. A large green roof covers the majority of the development, acting as a seamless extension of the landscape behind it, featuring a collection of courtyards set into the roofscape, which are designed for events such as performances, shows and markets.

On the edge of the cape, the building extends into individual spaces projecting dramatically over the soaring cliff edge, offering breathtaking views across the Bass Strait. Their varying volumes support restaurants, event spaces and intimate villas.

The project is a paragon of sustainability featuring solar power and on-site water recycling at the highest level.

The Table Cape Resort is yet another perfectly conceived example of the ‘destination-unknown’ design journey that typifies the work of this innovative team of architectural adventurers. A nicer team of travel companions one couldn’t hope to find – a sentiment no doubt shared by the collection of intrepid developers and partners at their side.

And although the road may be a little uncertain at times, for Penny Fuller and Jad Silvester, the path must be navigated, if one is to arrive at its destination. And, if history is anything to go by, with the right team, the destination is always worth the journey.