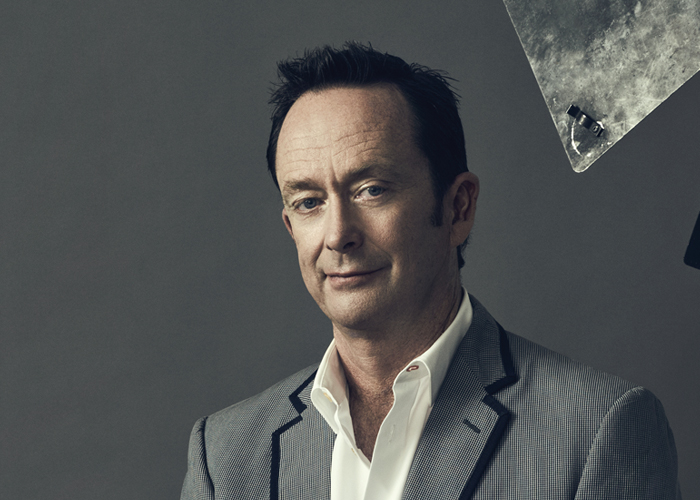 “People love a story.” Says Michael Grant. “They love the romance around a site’s historical significance. And they should – it really is something to be treasured.”

As with any treasure, Cornerstone’s approach to  heritage building development is one of great care and respect. An evolution rather than revolution approach is appropriate in order to conserve the character and integrity that will ultimately underpin the value of these rare gems for decades to come.

“Great Character” is a pre-requisite when it comes to development in the world of Michael Grant. Not only the character of a product that’s being brought to life, but also the character of the people responsible for the many facets of its delivery.

“It’s like being a conductor” says Michael, “There are so many members of the design and construction process that the art of development really lies in finding the best people, then managing the complex web of competing interests and working styles.”

Few organisations seem more adept at navigating this course; with Cornerstone’s developments setting a benchmark for Sydney’s inner city living. From the exotic and expressive Casba of Danks Street to the imposing industrialism of the Griffiths Teas Building, artistry and commerciality collide in the most pleasing way.

“More than most, Cornerstone’s developments bring a certain romance to the market. There is a perceived substance, perhaps even a worthiness, attached to the product that drives demand and commands a premium.”

Michael Grant is a man with a passion for enduring architecture. His long-time personal association with luminary industry names such as Utzon and Popov have fuelled a fire that has taken him far and wide in pursuit of the architectural experience.

In talking to Michael, a deep affection for each of his projects is evident. He demonstrates a genuine emotional investment in each product and its impact on the lives of the people fortunate enough to call themselves residents.

This passion is rewarded commercially with an exceedingly high level of demand for all of their projects, with the Girffiths Teas Building attracting 5,000 registrations for 38 units, and selling out at record prices in a matter of minutes upon launch.

According to Michael Grant, the charm of high quality period buildings commands a premium, both in the residential and commercial spaces, achieving “rentals of up to 10% higher in the commercial space than those of newer developments.” 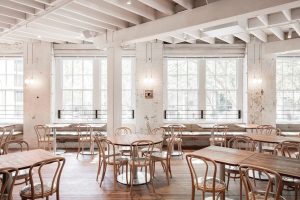 The heritage buyer is markedly different from those in the market for ‘new’ property.

Cornerstone builds homes for an extremely discerning audience of buyers who are looking for a “never before, never again” opportunity – a buyer that understands, and is attracted to, substance.

“The future resident of a Cornerstone property wants to know whether they’re buying a Parisien-inspired home or whether it is in fact a New York loft inspired apartment that they’ll be occupying – and they’ll know the difference. So, the architecture and design must embody this to the greatest extent.”

The Griffiths Teas Building, for example, has been revived in the style of the more masculin and somewhat gritty New York loft, in keeping with the vigorous industrial heritage of the inner city, whereas No. 1 Lacey on the other hand, evokes a sense of Parisien Grandeur featuring Paris Metro tiling in bathrooms and a sense of contemporary opulence throughout.

Harnessing the skill and reputation of the industry’s most acclaimed talents.

Realising the potential of a heritage space requires an experienced sensitivy and restraint in order to preserve the enduring qualities of the existing structure.

For this, Cornerstone turns to doyens of the industry. The Griffiths Teas Building, for example, saw Popov Bass commissioned to achieve what Alex Popov refers to as a building “to be inscribed in the built environment of Sydney.”

This iconic Australian firm have been entrusted with numerous projects of significance such as the reinvention of Mosman’s historical Bather’s Pavillion and seminal Australian brand RM Williams’ falgship store in New York.

Although not a heritage site, the equally inspired Casba development brought an exotic and evocative space to Waterloo’s trendy Danks Street, through the combined talents of BKH, SJB and Billard Leece Partners, melding influences from Southern Spain and North Africa.

According to Michael, “The calibre of architect that Cornerstone brings to the table provides buyers with an absolute assurance of quality.”

“Much like any other product or service, great architecture firms enjoy a certain stature and prestige – and smart developers leverage the strength of these brands to great effect.”

The construction companies selected to realise these types of developments must be experienced in addressing the idiosyncratic challenges that high-density heritage work presents. For example, inexact existing dimensions, access and handling of materials in high foot-traffic areas, integrating new construction with old masonry, acoustic and fire rating requirements and more.

Whilst construction company brands may not exude the same cachet as those of their architectural counterparts, the weight of a strong portfolio aligns the development with already admired buildings – and offers buyers a strong sense of security. 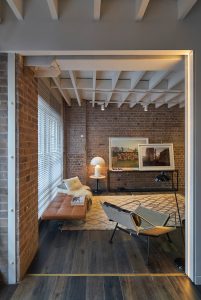 As much as a physical structure is being built, so too is a brand – and in the world of heritage sites, there really is no separating the two. There is a sentimental value soaked into the very materials of which the struture is comprised. It carries extreme value in its historical significance and authenticity, implying durability, romance and longevity.

“What is so appealing about the heritage opportunity from a brand point of view is this inescapable romance factor that attaches itself to the project.” Says Michael.

Where the marketing of new buildings requires the fabrication of an altogether new brand concept, developments such as Cornerstone’s Cleveland & Co in Redfern are awash with the romance of the past. “People love a story.” says Michael. All projects are in search of that unique brand story to stand out and appeal in a noisy market. Heritage developments are easy to brand effectively.

“What could be more appealing than the rebirth of the 1889 Brooklyn Tobacco Company building alongside a 1937 Bauhaus-inspired Machinery factory?” Michael asks (rhetorically).

All the ingredients for a powerful marketing campaign are inherent in the product. He goes on to list a catalogue of adjectives: “romantic, unique, enduring, significant, artisitc.” – and its safe to say that the Cornerstone brand itself has become synonymous with all of these qualities.

This result is the fruit of a great passion. As Michael Grant says, “Sure, the dough is nice, but what really gets me, is seeing the impact we have on the lives of our buyers and of course having the kids look around and think wow, Dad did some pretty nice things”.

Share Tweet Pin It +1
Previous PostWhen a Pair of Graffiti Artists Vandalised One of Thirdi Group's Sites, Co-Founder Luke Berry Hunted Them Down
Next PostThrough the Lens Of Romello Pereira