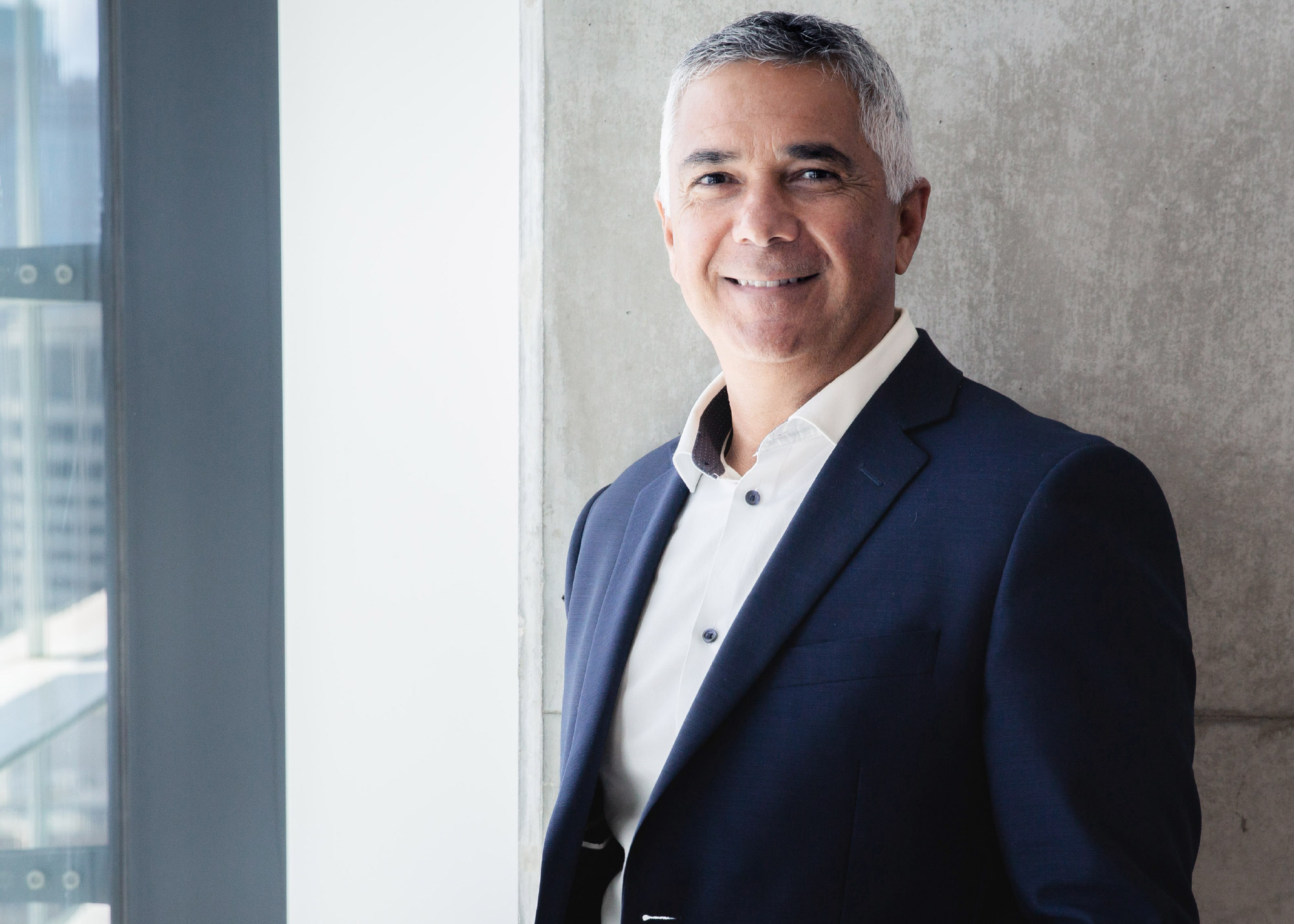 On the 2nd of august every year, John Carfi has dinner with the same group of people

The date 2 August 1994 is inscribed on the back of his Olympic branded keyring marking the day works were completed on the celebrated Athletic and Aquatic Centre in Sydney’s Homebush.

This item of sentiment offers a meaningful insight into the forces that drive the success of everything that Aqualand’s CEO sets out to do. For above all else, John Carfi is driven by the relationships that are fostered through the intensity of the major development project.

The Homebush team’s yearly ritual is symbolic of the value he places on the people with whom he chooses to surround himself.

It is a testament to all those with whom he has worked – and suggests that his new employer, Jin Lin of Aqualand, is equally focused on the matter of quality relationships at every level of their burgeoning operation.

Having recently been appointed to the residential component at Central Barangaroo, along with their highly successful blue at Lavender Bay, the much anticipated heritage Revy development at Darling Island and 415 luxury apartments coming to Walker sSreet in North Sydney, Aqualand is shaping up to become one of Australia’s landscape defining organisations.

Their commitment to philanthropy, particularly in the fields of the arts is apparent in their ongoing relationship with the Australian ballet, Art Gallery NSW and Sydney’s world famous sculptures by the sea. as an organisation, Aqualand is driven by a genuine interest in people and communities – and the appointment of JohnCarfi as CEO simply reinforces this position.

It would be easy to define Carfi’s success as meteoric; having started at the bottom rung at Lendlease as a cadet and now CEO of one of the most pioneering development companies in the country. However, it is the balance he has achieved between ambition and servility that is perhaps the defining factor in his rise.

Crediting his start to a family connection (John’s brother in law worked as a General Foreman at Lendlease), John reflects on his professional origins with fondness: “It was a great start in the industry, because you get the ability to come in at the grass roots level and learn all the nuts and bolts.” Despite having never had a discernible interest in construction, once in the role, John felt an inherent sense of being naturally proficient early on. Climbing the ranks at Lendlease over a decade, he then joined Mirvac in 2001, running their construction division.

John’s approach to his career relies on a somewhat unique ability to see the virtue in the present, rather than a consistent desire to incautiously propel towards the new and shiny. His vocational transitions reflect a sense of deep respect for the company he has worked for, as well as the agility to welcome fresh opportunities at the right time. Having been approached for a number of roles, John maintained a firm loyalty to Mirvac. It was only when the opportunity to make an advantageous decision for both his career and family collided that he joined Emaar (the largest developer in the world outside of China, responsible for a slew of renowned developments, including the world’s tallest building, Dubai’s Burj Khalifa). On a personal note, he and his wife were ready for a stint overseas with the kids, and professionally, he was up for a challenge.

Over eighteen months, John gained an invaluable insight into how business is conducted from a global context, drawing comparisons to his arguably more sheltered home country, and immersing himself in the cultural intricacies of the UAE. He returned to Sydney with a renewed sense of how best to manage a team in order to foster a cohesive sense of workplace dynamism. As he reflects, “the corporate operating environment in Australia, pleasantly, is fairly collegiate. People are very polite and forgiving, and on that basis, deadlines are missed without a lot of repercussions. Dubai is culturally a fairly ruthless environment.”

Rather than looking to emulate the dictatorial nature of Dubai’s management strategies, John instead focuses on creating a sense of exigency around projects, a virtue he sees as somewhat absent in Australian operations:

“the manager’s job here is to articulate the vision and the strategy in a convincing manner to motivate and encourage people to want to achieve a collective goal, and to me that is potent.

There [in Dubai] it’s different, it’s much more command and control. Bringing a little bit of that back to Australia is a positive thing and one of the main focuses for me in the time I’ve been with Aqualand is to create urgency around things, and I think it’s something that’s missing in corporate life. But equally, I think motivation in Australia for individuals, where they’re led well, is probably a huge positive that other parts of the world don’t share.” 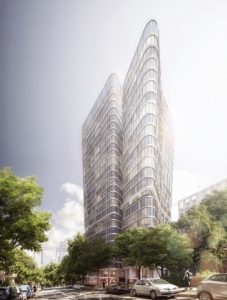 As with his approach to his own career trajectory, John’s notions of leadership are measured, cultivating a harmony between the necessities of commandment and an investment in the nurturing of staff. An articulate and steady man by nature, it is these very qualities that have no doubt assisted him in finding a personal equilibrium between grand vision and humility.

Fueling his passion for his work is an artistic appreciation of the physicality of a great structure, the manifestation of a development that has been a long time in the making, and seeing it used and enjoyed: “watching the public fill a space that you’ve created over a two or three year period is extremely rewarding.” However, it is the behind-the-scenes teamwork that is his true motivator. Being part of a collective of enthused people, with the pressure of a tight deadline, sharing and delivering upon a common, oft ambitious, goal, is the jewel in the crown for John. It is out of these pressure cooker environments that he has formed lifelong bonds; colleagues becoming firm friends, sharing the memorable experiences of the race to the finish line of major projects.

With his dedication to the virtues of forging genuine corporate relationships, John stands firm in his new role, energised to steer a vast and determined ship into the equally treacherous and rewarding waters of urban development. While he remains tight lipped about their upcoming acquisitions, Aqualand have announced some high-profile developments, including the residential portion of Sydney’s Barangaroo and the $450 million Blue at Lavender Bay. Their focus remains inner metropolitan sites, and the cultivation of high-end residences which are curated to foster a sense of community and amenity, for savvy city buyers in search of a luxurious home environment.

Protecting the consumer product and experience sets the foundation of the Aqualand brand John is hoping to maintain and bolster. He’s well aware that today’s consumer is more discerning and vocal than ever, and that it is “not difficult to get an independent validation of anything nowadays”, crediting social media for keeping companies on their toes and inspiring them to lift their game. John isn’t under any illusions that the responsibility to absorb and deliver upon consumer feedback doesn’t filter from the top down. He is of the opinion that the onus for creating company culture rests with the head of an organisation, whose attitude towards quality will shape and determine that of their staff, his simple yet illuminating take home being, “staff skills follow the company culture”.  As a family owned business, John is resolute that the vision for Aqualand stems wholly from the Lin family, seeing the essence of his role to articulate that vision.

Chairman Jin Lin is unwavering in his goal to oversee a company that performs at the pinnacle of the industry’s ability, whether that is manifested through the quality of developments; customer service; the provision of social infrastructure; or the organisation’s philanthropic output, not, as one may expect, to be the biggest single developer. As John puts it, “being number one is infinite… the Lin ambition is to be a leader in all fields.” 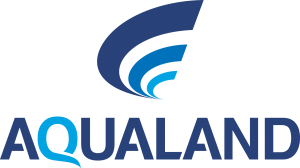