Illuminating Art At One30 Hyde 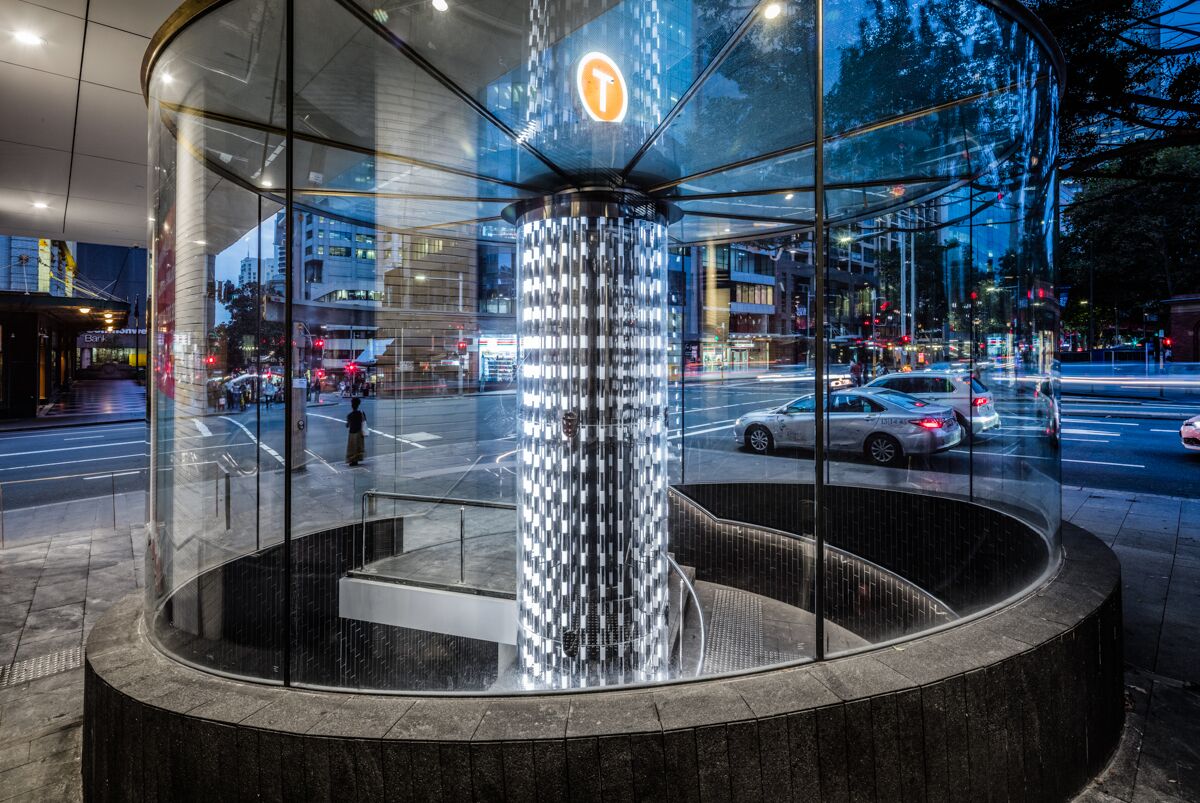 As public art becomes ever more prevalent thanks to the expansion and evolution of our cityscapes, the attention of developers has turned to the creative contribution that their sites offer.

At One30 Hyde, construction company, Built, commissioned public art specialists, The Blueprint, to bring their offering to life – and a new seven-metre tall light installation now sits in the core of the spiral staircase that connects Museum Station to One30 Hyde.

Flow and Pause is a light based work focusing on the movement of people in a busy city station – brisk traffic, directional flows and bursts of activity. The graphic layout of a train timetable, with its vertical and horizontal pattern of information, is a reference point.

The work uses a grid format to respond to the site – representing rapid change. Sequential shifts of light, then pauses, stillness, waiting, and again high-speed changes catapulting up and down a central column, taking the public visually from above to below ground and back.

The program of movements in the lights is a choreography based on the timetable. The work identifies timing, sequencing, pauses, breaks, alternating flows, regularity and rhythm as elements from the site that inform the logic of its design and movement.

According to The Blueprint founder, Mark Epstein, “Realising public art, especially at the scale required to make it significant enough to stand out in large spaces, is a difficult process. It involves a number of different disciplines and they aren’t usually complimentary skillsets.”

“Developing a design for the light sculpture that allowed for it to be easily assembled within a glass enclosure, a delicate space, was one of the biggest challenges. Each individual component was put together on site meticulously by the installation crew. Having a team that can understand how this would all play out on site within tight constraints is key in the successful delivery of such public art.”

The Blueprint worked closely with local artist, Brendan Van Hek who works primarily with neon, furniture and glass forms presented as arrangements across gallery spaces or in the public form.

Flow & Pause is Brendan’s brainchild and he was deeply involved throughout the process from design through to prototyping, and the final outcome benefitted greatly from his attention.

The challenge, says Epstein is that “most artists don’t work at the scale required for public art, so there is a need to translate the artist’s idea through the design process into something much larger that they would normally sculpt or build themselves.”

Generally, projects of this scale will require a multi-discipline approach, including artistic ideation, design, engineering, fabrication, logistics and installation, hence the requirement for a full service studio to manage these projects from concept through to completion.

The installation at 130 Hyde is a perfect example of this complexity. Its structure is  based on a central column which has been clad in black polished stainless steel panels. Surrounding that central piece are 16 light rods. The light rods are fabricated from 150mm sections of stainless steel and the same sized opal sections. The opal sections contain over 16000 programmable LEDs.

There are 10 sequences that have been programmed to form a loop. Some of the sequences display a frantic light pattern while others are much softer in appearance. These sequences create a hypnotic light feature that is sure to catch the attention of passers by.

Some of The Blueprint’s recent projects include wayfinding design and delivery for Crown Group across three of there new developments, architectural features in the lobbies of two of Melbourne’s newest towers – Aurora and Avante, as well as precinct-wide signage for the recently renovated Rod Laver Arena and a number of other pubic art projects.

A passion for public art

When pressed on The Blueprint’s shift in focus towards public art, Epstein responds with great enthusiasm:

“A few years ago I developed a strong passion for contemporary art. I have always been interested in branding and architecture and public art projects allows

all three of these disciplines to be intertwined to produce spaces that the public can enjoy. Public art brings art from the galleries into the streets, plazas and parks and allows those that wouldn’t normally see it to interact with it, often at mesmerising scale. That’s exciting!”

He goes on to list a cavalcade of international cities, artists and projects that inspire him.

“The London Mastaba floated on Serpentine Lake by Christo in 2018, consisting of more than 7000 red, white and mauve barrels, soaring more than twenty metres into the air.

In New York, Jeff Koons’ Seated Ballerina was a public art work placed in Rockefeller Center, standing over 15 metres tall – and in Chicago, Anish Kapoor’s Cloud Gate is a giant bean-shaped mirror, which is one of the city’s most iconic landmarks.”

“Some cities around the world have built incredible open spaces full of public art. A great example of this is ‘Citygarden’ in St Louis in the USA. This is a well known sculpture park containing many contemporary artworks. Everyday this area plays a significant role in providing the citizens with a myriad of interesting works to interact with as they commute or wander through downtown.

The role of public art

Public art plays a vital role in place making. There are iconic examples of this in all the world’s major cities.

Take The Gateway Arch in St Louis for  example. This is a 192m tall monument in the U.S. state of Missouri. Clad in stainless steel and built in the form of an inverted, weighted catenary arch, it is the world’s tallest arch, the tallest monument in the Western Hemisphere, and Missouri’s tallest accessible building.

This piece is a perfect example of place making. Hundreds of millions of people are aware of its existence. It’s easy to forget that icons such as these are in fact works of public art because they ultimately come to define the place itself in the minds of people the world over.

City councils are calling for ever more creative environments

Australia is embracing Public art more than ever before and as in other parts of the world, some councils now enforce the inclusion of public art in developments, in order to contribute to urban communities.

To this end, developers must spend a proportion of the development costs on something interesting for the public such as a sculpture or an immersive feature, and this investment must be carefully considered in relation to the intent of the built environment and the brands and services that occupy it.

Working closely with Australia’s leading developers to achieve the best outcomes, this collective of creative and technical specialists assess public spaces and how users interact within the built environment.

Their team is unique in that it encompasses the skill sets required to manage every stage of design and delivery of urban art projects, as well as wayfinding, signage, architectural features and immersive lighting installations – and as anyone with an interest in placemaking will attest, the best environments exist when all of these elements are integrated and speak to one another. 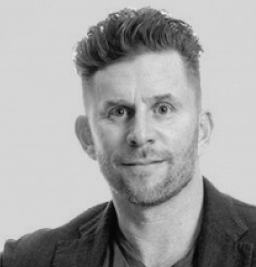 A global creative studio for the planning, design and implementation of urban art, signage and environments.

Share Tweet Pin It +1
Previous PostFor Tony McGinley, the right strata renewal path is worth the journey.
Next PostAqualand CEO, John Carfi, is driven by people