The Architects of Their Own Good Fortune 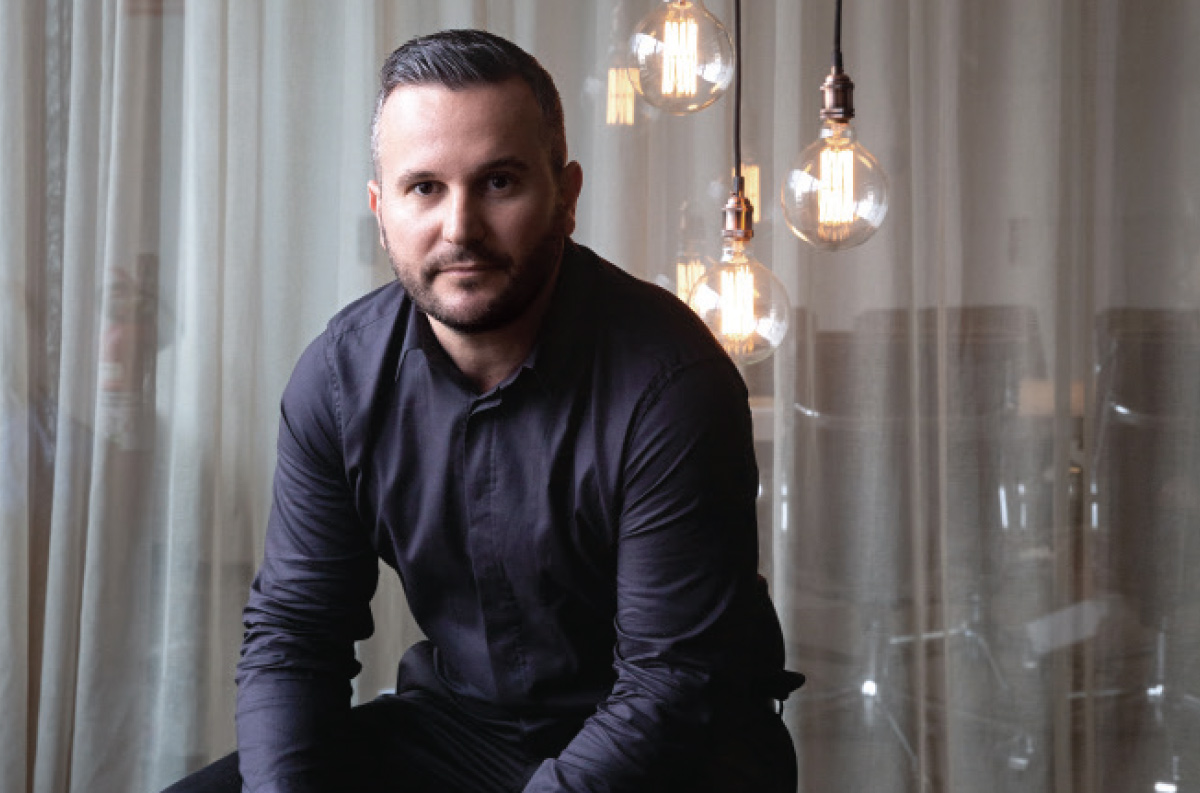 PBD Architects have many reasons to celebrate. This year, the architectural firm marks a decade of operation, a significant period in a competitive Sydney market with no shortage of companies vying for the chance to make their creative mark on the nation’s most populace city.

Much more than simply staying afloat, PBD have catapulted into notoriety steadily over their ten years, the practice gaining a reputation for their practical yet intricate designs and holistic procurement process. In the last two months alone, the firm has won four hotly contested design competitions for various Sydney developments, an accomplishment which is demonstrative of their creative currency and reputational acclaim.

These commendations are made ever more praiseworthy when one considers PBD’s inception began with the efforts of just one man, its Managing Director, Paul Buljevic, who has built a company of high standing and architectural influence off the back of determination, a refined sense of design sophistication and perceptive insight into methods of best practice.

Ten years ago, PBD looked remarkably different to the busy Surry Hills office of thirty staff it is today. “It was me working from my bedroom, working crazy hours,” recalls Paul. “Saturdays, Sundays, until two in the morning. I was having to cold call people to try and find some contacts in the industry.” Paul reflects on his firm’s beginnings with astute awareness of the improbability of success, given the challenges that present any new architectural firm in Sydney’s market.

“Asking people to trust you with what is a substantial investment is not an easy feat, particularly for architects, when 95% are single man operations working on alterations and additions to houses.”

Paul attributes his firm’s somewhat prodigious commercial success to a simple yet crucial factor: his clients’ belief in his work, a trust which Paul and the PBD team return in spades when it comes to their distinctive client service ethos. The practice is heavily focused on interpreting the brief at the conceptual stage before any design work begins. The team works dilligently with the client to fully understand the drivers, demographics, market aims and targets of the project, ensuring they can meet all necessary criteria for delivery before proceeding. It is an arguably cautious approach, but one which provides a level of assurance for clients in an industry that is built upon risk for reward. Acutely aware of the importance of striking a balance between the commercial desires of large-scale developers and maintaining the integrity of modernistic design, PBD are unwavering in their dedication to pragmatic spatial planning and quality architecture. However, there is no sense of mutual exclusivity in this regard; the firm is proficient at delivering on both fronts – the foundations are laid at the notional stage of the architectural process.

As Paul says, “we understand the drivers for property developers and we cater to meet those, but we also seek design excellence in all our work.”

Certainly this dedication to architectural purity benefits the client, given that eventual buyers in Sydney’s multi-residential arena are design proficient and maintain high expectations regarding both property aesthetics and functionality. As Paul notes: “In the areas we are working in, the demographic, the locations – people are very design conscious. They understand floor plans, they understand layouts, they understand configurations of apartments in the multi-residential space…It impacts on the way they live. They’re more than just design conscious. So, from our perspective, it’s very much about how to achieve that level of design that makes for a successful project.”

With up to seventy active projects in development at any given time, PBD maintain a hands-on approach, taking most all the way from conception to completion. While they are focused on mixed use and multi residential developments, the last two years has seen the firm diversify their portfolio, incorporating hotel design, senior’s housing, commercial and industrial work, as well as interiors and high-end single residences. Their staff size is kept at a relatively boutique range to ensure Paul can have a direct involvement with all projects, a methodology which Paul believes sets them apart:

“We find a lot of people appreciate that about our practice. Particularly in the early phases of concept design, which is the riskiest part of the whole process, it’s vital to really understand the brief beyond the general overview. It’s the concept stage you can’t come back from.”

While PBD has a diverse range of clients, from fund managers, corporate entities, private investors, to smaller development entities, it is a testament to their operation – and the thoroughness of Paul’s management – that many of their original clients are still loyal to the organisation today.

It seems fitting that as PBD celebrate their tenth anniversary milestone, the firm’s design proficiency is being recognised and affirmed by the wider architectural community. PBD’s recent competition victories paint a representative picture of their diverse design capabilities and sensitive conceptualisation of opulent living. In the span of two months, they have received the welcome news that they have won a client-led contest for three forty-story mixed use towers against three Tier 1 architectural practices in the running; a council competition for a development of 375 apartments and 1500 square metres of retail; a proponent-led competition for the order of 200 apartments on Sydney’s  North Shore; and a residential home on the water a prestige Sydney locale, again against three illustrious architectural firms.

Along with their upcoming competition projects, Paul is passionate about PBD’s recent additions to their portfolio, a slew of highly crafted luxury developments across tightly held pockets of Sydney in various working stages. The firm is about to launch the marketing for a uniquely designed block of eight apartments in Bellevue Hill’s Boronia Road, executed for IPM Developments. Spread across two boundary lines, the blocks take advantage of the irregular shaped site to incorporate added light and ventilation. Also for IPM, PBD have configured three single-level apartments of 220 square metres each on Kent Road in Rose Bay, incorporating a modest presentation to align with the heritage conservation area locale.

Following a well reported acquisition by Avance Property, Paul and the team have just lodged 85 Kurraba Road in Neutral Bay, comprising of fourteen oversized apartments sitting on a $23 million site. The building takes full advantage of its desirable waterfront position on Kurraba Point ridge, the rear opening to picturesque vignettes of the harbour, while the defensively presented facade initiates a welcome reinvigoration to the streetscape.

While PBD has unarguably come a long way since the days of Paul Buljevic cold calling potential clients to get a foot in the industry, the firm retains much of its original appeal, with Paul himself still overseeing every project, and his leadership actively shaping PBD’s design and client service philosophy. The firm may have significantly expanded its reach, but it remains a valorous and enterprising company, focused on championing a harmonious relationship between large scale developments which cater to an ever expanding, ever design literate, city population, and respectful architecture which seeks to unify aesthetics and amenity.

Share Tweet Pin It +1
Previous PostHow The Pellicano Family Has Stood the Test of Time
Next PostFor Tony McGinley, the right strata renewal path is worth the journey.