Prolific Boutique Developer, Ronnie Shulkin of RNB Property, Talks to us About Finding Value Where Others See Problems 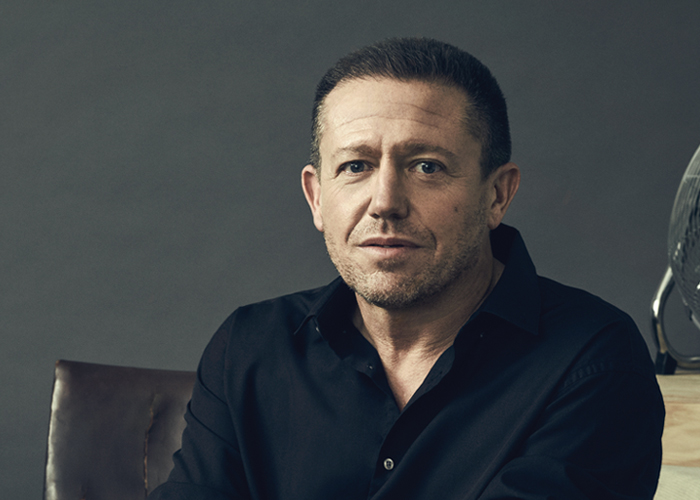 Ronnie Shulkin likes to take on projects that bring something unique to an area. As such, he factors in at least one Land and Environment Court hearing into most projects he undertakes.

“It may seem obtuse to some people  – but if you’re not being challenged by someone at some point in a project, you surely can’t be doing anything of great significance.”

Ronnie Shulkin is of the popular opinion that sky-rocketing demand for homes in Sydney – and particularly within the tightly held eastern suburbs market – points to a simple, inarguable conclusion: a dramatic increase in high-density development is a given over the coming years.

This leaves two alternatives for local councils: the first being to fight developers in an effort to minimise environmental change as far as possible for as long as possible, or to embrace the inevitable and work alongside developers, adopting policies and promoting attitudes that support the right kind of change. Ironically for Ronnie though, the current restrictions on development in Sydney’s prime areas presents fertile ground for a developer with an appetite for challenging the status quo. 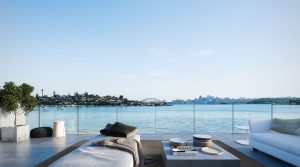 If it’s not difficult, it’s probably not worth doing.

Although reticent to go into great detail, many of his developments have siezed upon opportunities to challenge various restrictions, such as zoning controls and height covenants, where less adventurous developers would fear to tread. As a general rule, Shulkin won’t buy at auction, rather seeking out off-market opportunities that present some potential for value creation; opportunities that others can’t see – or assume are too restrictive.

It sounds like Marketing 101 really, in that if nothing similar is being offered in a particular locale, you minimise your project’s competition and maximise its value.

Of course, there appears to be a risk element associated with this methodology as far as council approval processes go – but as a qualified accountant with an MBA and a background in law, in Ronnie’s case, the risks are painstakingly calculated.

“I like the idea of bringing something unique to the market in it’s best possible form. Bulga Rd in Dover Heights, for example, was the first multi-unit development for 50 years in this quiet street, at the top of a cliff, with uninterrupted views across the Tasman.

From a competition point of view there was no other new product quite like it on the market. Thanks to a unique position, the ocean views were unsurpassed and the design and finish of the product was without peer at the time in the area. Accordingly, the development sold out very quickly, achieving record sales results.”

Record prices are a consistent theme across Shulkin’s developments, from his ultra-prestigious Bord de L’Eau development on Rose Bay’s harbour beachfront to Higgs Street in Randwick, overlooking Coogee, and his 777 development in Vaucluse – each property presenting a unique, first-time opportunity for buyers to acquire a luxury residence in a tightly held residential location. 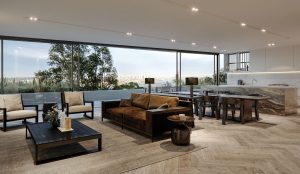 If you’re going to do it, you might as well do it brilliantly

“Acquiring a unique site for the right price in the right location is just the beginning.” says Ronnie. “Beyond this the objective becomes to amaze buyers with well-conceived floor plans that maximise living areas, expansive open plan design and the magnificent finishes featured throughout all of our developments.

In short, our objective is to take to market a product that is without equal and ensure that it is delivered as such.

But “doing it well”, means more than just what stone you select for a kitchen bench top, it’s also about the buyer experience. You can’t call yourself a luxury developer without engaging with your buyers to some degree.

Of course the product has to be outstanding, but along with that comes an experience. There must be total transparency at every stage and about every aspect. Buyers must know exactly what they’re gettting and the developer has a responsibility to ensure these expectations are fulfilled.

In focusing on the boutique market, we have to work with our buyers to accommodate requests for custom finishes or design tweaks as far as is feasible – always making sure that the experience is an enjoyable one for them, based on a high degree of trust – with the ultimate goal being to deliver a product built to the highest standards.”

There are many hurdles to progress in place at the moment – and the developers who can work around these will reap the rewards in the short term, and set new precedents for long term growth. Accordingly, it’s Shulkin’s hope that the right precedents are set in order to realise the best possible environmental and lifestyles outcomes for the future.

“Together, councils and developers have the capacity to shape the future right now – and this is a huge responsibility to be addressed rather than opposed or ignored.”

Speaking specifically about Sydney’s eastern suburbs, Shulkin says: “Archaic zoning controls in regards to unit sizes will have to change to keep up with demand for homes. We have an abundance of incredible amenity in the most beautiful part of the world. Residents want access to the beaches, parks and lifestyle. The suburb itself is their back yard and development controls should reflect this.”

According to Shulkin, lifestyles are becoming increasingly ‘micro’ and this is an issue that should be addressed at a public level, in order to ensure that good design principals are established around this requirement.

He points out that the current painstaking procedure of designing around unrealistic unit-size controls and then spending months or even years fighting for an attractive outcome often leaves the community poorer for the missed design opportunity and certainly discourages developers from bringing ground-breaking developments to market.

For those with a taste for a challenge, the opportunity remains to bring rare product to a sought-after market

Ultimately, increasing demand to live in the eastern suburbs of Sydney along with restrictive development controls  will mean that those developers who can bring something special to these areas are going to continue to achieve outstanding results for the foreseeable future.

Shulkin himself is bringing two new prestige projects to market shortly in the blue ribbon suburbs of Bellevue Hill and Vaucluse, both of which look set to attract significant buyer attention, with gun-barrel Harbour Bridge views on offer, alongside a North African-inspired luxury development quite unlike anything Sydney has seen before.

Luxuriously appointed, and conceived in the style of the villas of southern Spain and Riads of Morocco, there will be no missing this development amongst the cookie cutter pages and portals of Sydney’s real estate marketing eco-system.

With a heritage facade thrown in for good measure, this exotic project has all the hallmarks of an RNB project, in its degree of difficulty and absolute uniqueness in the market.