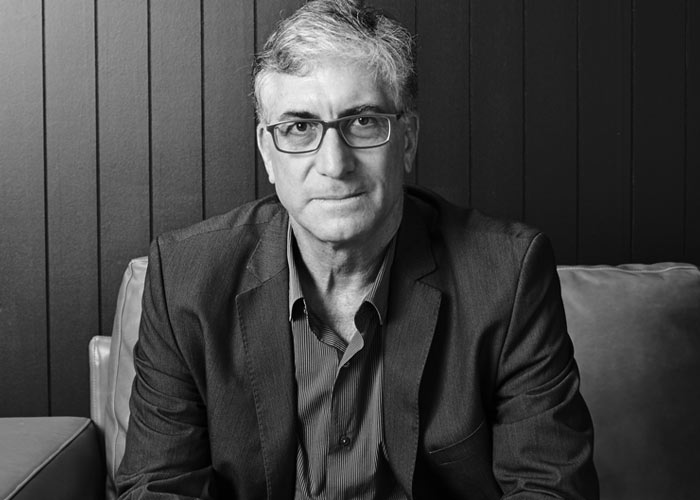 When considering whose wisdom to seek about the nuances of designing Sydney’s prestige properties, it’s hard to go past Brian Meyerson, founding partner and principal of MHN Design Union.

With a career spanning thirty-five years and a finely tuned appreciation for the fusion of simplicity, luxury and quality, Meyerson and his team at MHNDU and interior design practice Lawless & Meyerson, equate prestige with notions of spatial purity and design integrity.

Meyerson’s love of architecture was developed early in childhood and fostered by his parents, who often took drives around their Cape Town neighbourhood to admire modernist homes. While he has always appreciated architectural tradition, there was never any escaping his love of modernist design. “My parents had a very keen desire to break out of old, stodgy environments and were of that generation that found expression in modernity. In this way, I identify with the journey that Harry Seidler had. There wasn’t any wavering from the kind of aesthetic that he understood.”

Meyerson’s university training was focused on drawing from the locality, and firmed up his unwavering instinct that he would indeed become an architect. “In many ways, Cape Town is similar to Sydney, in that it is highly influenced by a beautiful natural environment, so you have to tread carefully when designing in that landscape. High on the agenda is a sensitivity to the delicate surroundings, but nevertheless in a modernist, new-world response. I learnt early that the purest forms detract the least from the surroundings.”

This sensitivity for the natural surroundings of a dwelling has stayed with Brian throughout his career and, perhaps unsurprisingly, is also a grounding principle at MHNDU.

The firm’s approach to formulating and constructing elegant, aspirational spaces has gained them a reputation for harmonising the often competing demands of clients, the site, and council regulations. “A lot of these projects, if they are around the harbour or the beaches, involve a challenge in how you connect your design to the influence of the views and the environment that you’re in. This usually means a paring back of the design to its most basic, pure forms.”

“That’s something that we focus on, whether it’s a house or an apartment building; we try to drill down the concept to what is the most important idea that one wants to respond to on a particular site, and then build up our design, always referring back to that initial concept.”

Meyerson’s process of creating residences for increasingly design savvy clients has illuminated for him that Sydney’s architecture is competing at a world class level. As such, Meyerson has a deep respect for client tastes, which, due to the proliferation of design-centred media, are sophisticated and informed. No longer are property owners chasing a ‘bigger is better’ ideal; they too are interested in quality over quantity; functionality over unnecessary frivolity.

“There’s been an incredible awareness and appreciation of design in Sydney that’s emerged. This is most obviously reflected in land values. Everybody wants to live in Australia; so many of those people want to live in Sydney, and so many of those people want to live in Sydney’s more desirable locations; so any project you do has to perform immaculately in terms of quality of design, quality of construction and has to result in an enduring building – which you get by paring back ideas to be without embellishment. In Sydney, there’s a highly tuned need for architects to make the most out of every design challenge.” 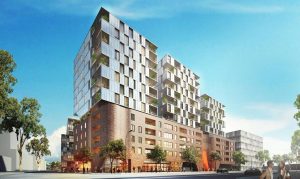 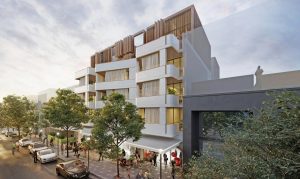 Despite Sydney’s rapidly evolving demand for prestige property design, MHNDU maintain a quintessentially Australian egalitarianism. The firm, currently working on a project in Western Sydney, do not distinguish between their projects based on the economic value of a locale. “We’re not treating it as being in a different market. Every single one of our projects has got to be a trophy project. It’s got to have a design quality attribute that makes it worthwhile doing. To design a building in the tough regulatory environment that exists in NSW, there has to be professional reward in it, other than monetary.”

When asked to elect a favourite project, Meyerson hesitates. Granted, he has an extensive and varied portfolio of high-end houses and luxury apartments under his belt. After some thought, he comes back to ARIA, a sculptured apartment building in Bondi Junction, which “…took a lot of crafting to bring down to such simplicity.” He also elects the Devonshire Street project designed by the MHNDU team, a mixed use building in Surry Hills which reflects the gritty, industrial nature of the neighbourhood through the use of metalwork, zinc cladding and a mixture of recycled and glazed bricks. Both are of a contrasting aesthetic, yet to Meyerson, similarly represent his philosophy of extracting the essence of the location and fusing it into the design.

Perhaps ironically for an architect, Meyerson says his favourite place to be is not in a manmade space, no matter how exquisitely designed and built, but instead relaxing on one of Sydney’s beautiful beaches. “I get the most inspiration from a natural setting like a beach, where there’s an organic combination of elements.” This may seem a paradox, but when one considers how diligently Meyerson and his team work to marry the indoor and outdoor in all their prestige designs, it makes perfect sense.