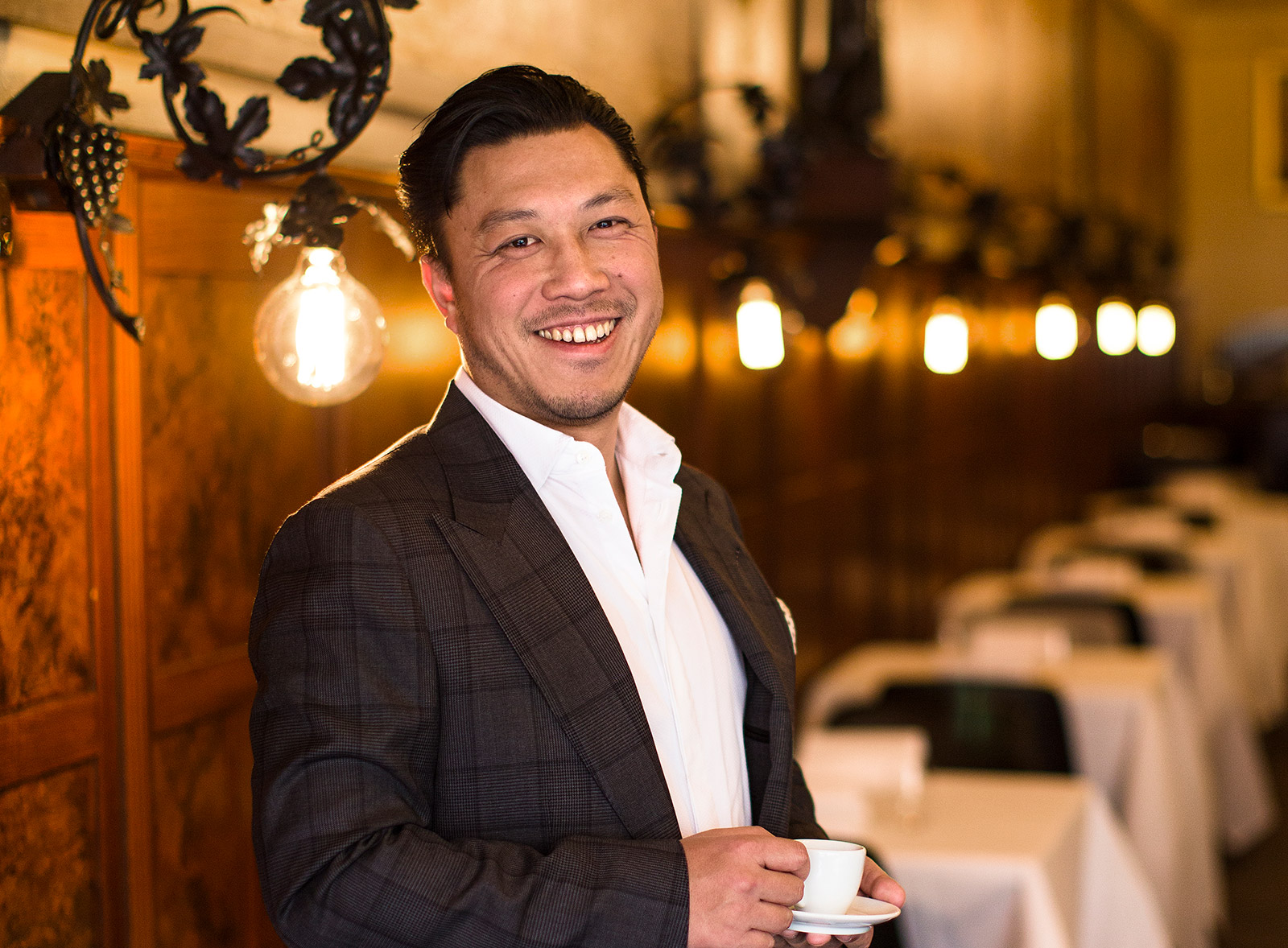 It is an overcast day in Melbourne when I meet with Michael Mai of ICD Property. But the mood of the team gathered around him is casual and infectiously sunny.

Michael has built ICD property on people whose expertise and sensibility he trusts and, as such, there is a degree of autonomy and authenticity that is rare in the world of corporate property. A trait recently recognised when they were selected as an Employer of Choice in The Australian Business Awards 2019.

As we talk over lunch, people seem to join us at the table, informally, and with the ease that one might expect of a family setting. The business of property is discussed between jokes and the confidence and character of the people around the little table suggest that each is a leader in his or her own right.

The team seems to share Michael’s excitement about the opportunity to create cities in which people love to live. He believes that technological advancements in the cloud-based working environment, mean people’s choice of cities will no longer be determined by where their offices are – but rather by where their lifestyle is best catered to. And he means to cater well.

It is this purpose that has supported ICD’s successful stage 1 DA application for the iconic City Tattersalls Club in Sydney’s CBD.

When asked about the project, Michael’s response is immediately people-centric, saying that ‘City Tattersalls Club is an iconic part of Sydney. It’s renowned for being an integral part of the community and has been a place where people have come together socially and for business to connect, collaborate, relax and escape for 125 years.’

‘It is this strong sense of community and belonging that attracted us to this unique site.’

‘The challenge that we have set ourselves is to keep the best of all that the City Tattersalls Club stands for – and build on that to bring to Sydney an iconic destination that will endure for another 100 years.’

Whether it’s the communities for whom they work or the ICD team itself, Michael Mai is clearly in the business of people. And nowhere is his nose for talent more apparent than in his Managing Director, Matt Khoo, who has been entrusted to oversee this undertaking from competitive stage through to what is becoming a significant civic responsibility.

We were fortunate to have Managing Director, Matt Khoo offer us a deep insight into the process and vision for this landmark project.

BD: Matt, how did your relationship with Michael and ICD begin?

MK: My first project for ICD was Eq. Tower.

Prior, we had been conversing to help each other learn what the other does – development management and finance respectively. Michael called me one day to get my opinion on a site on A’Beckett and how I would approach it from a financier’s perspective.

He then offered for me to come over and manage it, which I initially declined because I had no experience and didn’t want to ruin his company. Michael insisted that he had a lot of faith in me and believed that I had the right vision and approach. He wisely suggested that my lack of track record was something that could be bridged by having tier 1 consultants and that it could also work to my advantage, as I would not have preconceived ideas of how things might work.

He was right. We delivered an award-winning tower recognised for design and innovation in record time for planning approval and sales at the time, secured a JV with a top 20 Chinese institutional developer in Sino Ocean Group as their first international project, the largest single development loan from CBA at the time and completed construction 3 months ahead of schedule.

This typifies the working relationship and empowerment Michael has in me and that is ingrained in our culture and bestowed on the staff. Each staff member has a lot of trust invested in them and a great degree of autonomy. We work in a very collaborative way in that everyone’s ideas are considered and anything can be challenged and nothing should be seen as impossible to deliver.

BD: How long has the team been working on the DA process with City Tattersalls Club?

MK: ICD first came onto the project in 2015 after Mirvac elected to remove themselves as the Club’s development partner. We then went on a journey to attain a Stage 1DA which saw us initially declined at Land and Environment Court in 2017.

Sunsetting on a milestone deadline in our original deal with CTC, we then had to renegotiate with CTC to retain the project.

Despite competing proposals from other developers, we were able to retain the project with a revised offer to CTC that saw us better align the immediate financial needs of the Club, but also saw us commit substantial funds linked to the success of achieving Stage 1DA. Pretty much, we backed ourselves to deliver an outcome and would suffer if we didn’t achieve it. Because we strongly believed in our ability to deliver.

BD: What were the major challenges to overcome?

MK: Being a new entrant to Sydney, getting to understand the Sydney landscape and how to best approach things was definitely the biggest challenge.

Admittedly, we didn’t get it right first time and that cost us a lot of time and money and strain on relationship with authorities, and we had to work hard to not only get the City of Sydney supportive of our proposal but potentially reverse any ill feelings and misconceptions of us being ‘that’ developer from Melbourne that took them to court.

From a project perspective, while the location and rich history of this site are extremely premium in value, it is also a double-edged sword in that it comes with its set of challenges by virtue of its location and history. Traffic and heritage are extremely sensitive factors to the project and have been the bulk of contention and focus of study, negotiation, the workaround in the design to ensure all parties are satisfied that these issues have been appropriately addressed.

BD: What were the key criteria for success with council?

Collaboration with council has been extremely important and knowing consultants that understand the dynamics of Sydney development well has been critical to our success.

I believe we had over 15 separate workshops with sub-departments and referral authorities to ensure all interested parties concerns were understood and considered.

BD: What has the collaboration process been like with City Tattersalls Club?

MK: Our renegotiation of the DMA coincided with the appointment of a new CEO, Marcelo Veloz. It meant fresh eyes and a fresh approach from both ends.

Our collaboration has been transparent and clear about what each parties’ priorities are and we’ve been working dynamically to ensure we help each other satisfy those.

For the club, it was about immediate survival and long-term sustainability through a rejuvenated offering and diversification of operations in the creation of a new boutique hotel.

We satisfied this by front-ending part of our offer to pay the club funds that enabled them to have the necessary working capital to invest in improving operations.

For us, we wanted to be able to deliver the best outcome for the site and each party and this required flexibility for us as a group to make decisions throughout the design process to deliver an outcome that best achieves the priorities of each parties and is most cost-effective without being concerned how many lights are in the corridor; and the Club has provided this by agreeing to move to a dollar figure delivered to them rather than fixed design parameters.

This mutual respect and the desire to see each party achieve the best outcomes has been driven by getting to know one another personally. We’ve celebrated birthdays together and spent time with families and friends.

What were their criteria for the members and club that excited them about the project?

A developer that cares about the outcome for the club, the community, and has alignment to their mission/vision to what we develop. We are all about enhancing and empowering the occupants, community and city. Our staff are deeply committed and passionate about purposeful development.

Great value and financial support for their immediate requirements. Understanding that the financial support is necessary for the club’s survival, we took a big financial risk to upfront part of our contribution to the development, not knowing whether we would achieve a Stage 1DA.

BD: What does it mean for ICD to be entrusted as custodian to redevelop one of Sydney’s significant heritage buildings?

MK: Extremely humbling to have the honour of being involved, also a real sense of pride and responsibility to get it right. It also feels extremely right and in line with our vision as a developer – developing buildings that stand the test of time and we see ourselves as enhancing a rich history that already exist and bringing it into the future for years to come.

For a company of our age, being only 10 years old, it is a stark contrast to the 125 year rich history of the club. We hope that this landmark will create that same rich history for us and another chapter for the club.

Michael closes with a characteristically team-centric comment, offering credit to the people and partners entrusted with the responsibility of bringing this significant project to life.

‘Delivering on such a challenge requires genuine partnership and incredibly sensitive planning.  We are fortunate to have a remarkable team, from our architects FJMT, to Sinclair Brook, the team at City Tattersalls Club who have worked so closely with us on our plans and the wider ICD Property development team.’ 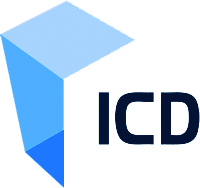 Share Tweet Pin It +1
Previous PostFrom record-breaking in Bayside to the sublime in Toorak, meet the team behind Melbourne’s Samuel Property
Next PostCharles Mellick of Fortis, on the culture of sharing amongst developers.