The Future of Development in Sydney is Up in the Air 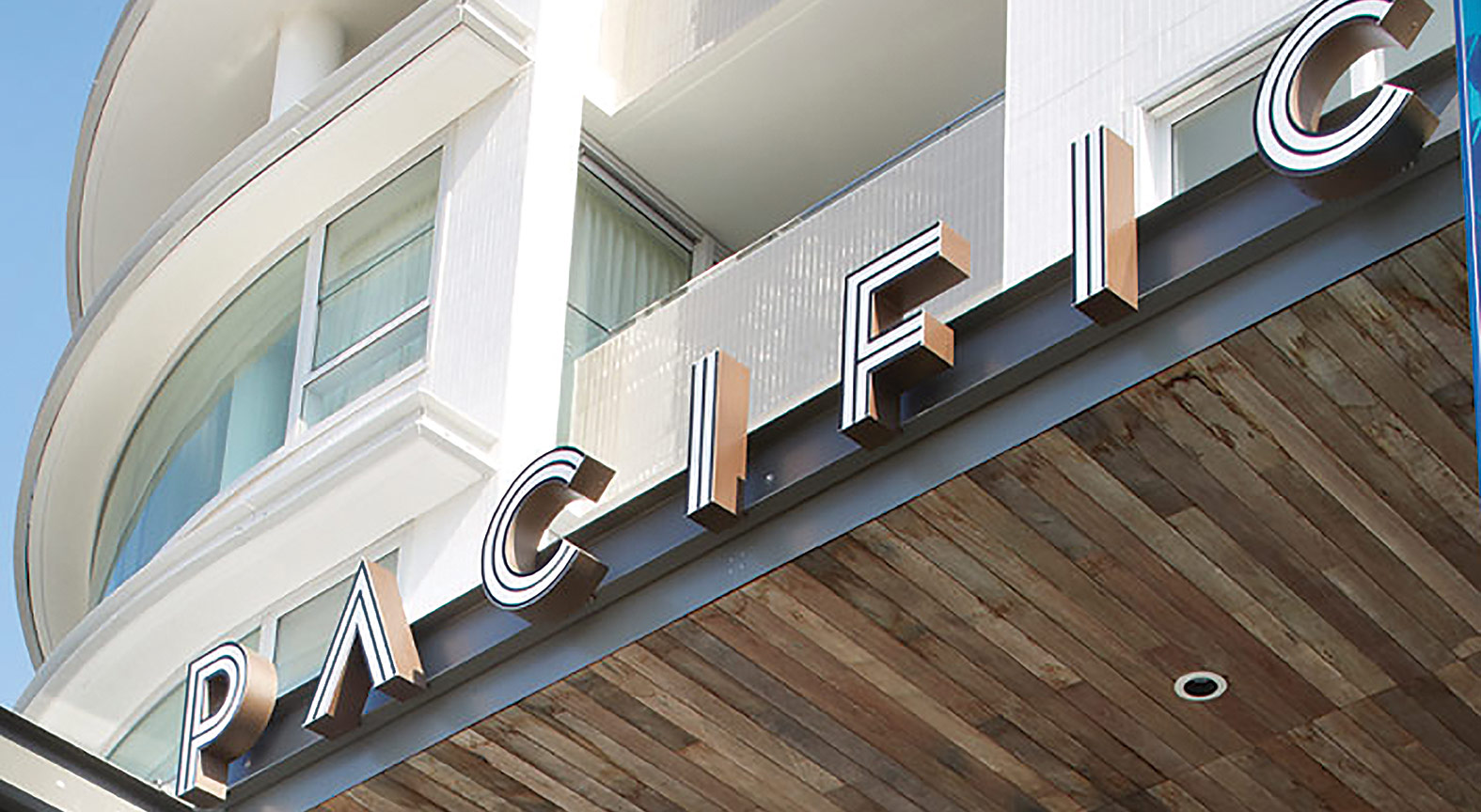 From airport cities to high density living, Rebel Property Group’s Allen Linz is sure of one thing – when it comes to Sydney’s long term liveability, the only way is up.

Rebel Property Group has forged a reputation over the last 20 years as one of Sydney’s prominent boutique developers of more complicated, higher end residential, retail and commercial properties. 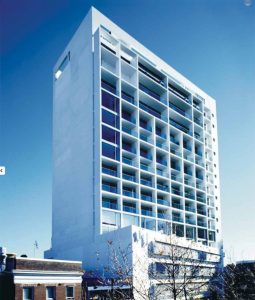 Allen Linz started the company in the late 1990s after emerging from the relatively static environment of chartered accountancy.  His modus operandi has been to forge strategic relationships with likeminded developers to deliver on their visions and aspirations for some fairly complicated projects.

First cab off the rank was the co-development of Pier One in Walsh Bay with co-developer Mervyn Basserabie and the current owner Bob Magid. It was a massive undertaking to deliver a world class hotel in an area which had not begun the gentrification process and which had to be built prior to the Sydney Olympics.

Fast-forward to 2016 where RPG and Capit.el Group were awarded the Urban Taskforce Development of the Year Award for the transformation of the former Swiss Grand Hotel into the $450m Pacific Bondi Beach.  It was a bold move for two private development companies, dramatically improving the landscape of Australia’s most famous beachfront suburb.

PACIFIC comprises 110 luxury residential apartments, a 69 room QT Bondi Hotel and 5,500m2 of retail on two levels. The forerunner for both groups just a stone’s throw away was the development of the old Bondi Motel on Campbell Parade into the 34 unit art deco building known as ‘The Bondi’. 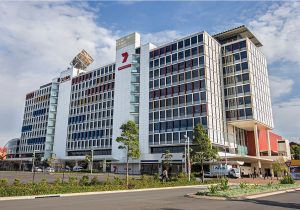 RPG now counts a slew of completed multi-unit projects among its portfolio, such as Top Of The Town in Potts Point, Lumina in East Sydney, the 11,000m2 Southpoint Shopping Centre, all three completed in conjunction with Robert Whyte and Ian Hayson – and North Apartments in Milsons Point, to name a few.

The highly complex development of the Channel 7 Commercial Building at the Australian Technology Park is another impressive RPG showpiece.

Suffice to say that high-density living is a subject-matter close to Allen Linz’s heart – and he is passionate about the lifestyle benefits that this inevitable phenomenon should be designed to deliver.

Whilst there are those (and there are many) who lament the rise of the multi-level apartment block within Sydney’s inner city suburbs, the fact is that we have a once in a lifetime opportunity to design and define an international city, as we seek to accommodate communities around places of work.

“Sydney is growing up, and we need to seize this opportunity to create a truly great international city’’ says Mr Linz.

It’s easy to forget that only 25 years ago, Sydney was a city of 3 million people with only 21% of households living in apartments.

Fast forward 20+ years and we are a city of over 5 million people, in which apartment dwelling has jumped to over 30% with detached homes accounting for 55% of households (down from 68%), according to a recent study commissioned by the Urban Taskforce, of which Mr Linz is Deputy Chairman.

The demand for living space in Sydney is set to continue unabated and various circumstances will continue to support a general undersupply of quality dwellings as urban living is forced to expand in the only direction it can: up.

“The opportunity for developers and Sydney now is to embrace the inescapable – and model our public living spaces and building design on the great international cities as we grow, while working together with councils and government to bring affordable, high quality supply to the market

Mr Linz says that metro areas will need to accommodate an array of demographics, from young executives to new families and down-sizers, from varied cultures and backgrounds within healthy, community-oriented environments. 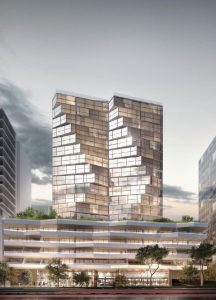 An example of this determination to develop quality lifestyle precincts around high-density development is RPG’s and its development partners’ latest undertaking – a beautiful building of a type not seen in Bondi Junction before, providing a new level of quality and design integrity for this eastern suburbs hub.

“We have worked very hard to achieve a great outcome and provide an iconic building for Bondi Junction. We started with a design competition, inviting four leading national architects to compete. World renowned architecture firm, KTA have taken a personal interest in this special site & developed the winning design.”

From a built aspect, 55 Grafton Street will set design and quality benchmarks in Bondi Junction, with a 20 storey building offering amazing uninterrupted views of the Harbour from the City to Bellevue Hill and even Manly in the distance. The majority of the units are north facing, taking full advantage of natural sunlight and water views.

According to Mr. Linz, private and public sector collaboration is the key to meeting the needs of growing metropolitan populations.

Visionary planning and commercially viable processes are necessary if our future cities are to reflect the Greater Sydney Commission’s vision of “Great places” where walkable, mixed use areas proliferate – and urban design excellence, connected social infrastructure and open spaces abound.

“The heavy taxes, rates and charges levied on developers must flow back to communities in the form of world-class public areas and amenities.” Says Mr. Linz.

Mr. Linz points out some basic initiatives that are available to maximise the liveability potential for our cities of the future, for example:

• Offer “Design Excellence”  incentives, such as floor space bonus for developments that are well designed.

• Promote the development of thin, elegant towers rather than squat developments.

• Activate the public realm through the “eat street” concept with a focus on developing the night-time economy.

Efficient collaboration between developers and councils is imperative to this end. Approval processes must be streamlined in order to safeguard the commerciality of projects and ensure that the costs of lengthy delays aren’t passed on to buyers.

Developers and government have a responsibility to work together to ensure that certain development standards and public benefits are met, but also that the requisite commercial incentives are protected for developers, to secure and protect supply and affordability.

“The trend is your friend, and in Sydney, the trend is for long term demand in metro areas that can certainly be satisfied by going up. We need to embrace it – as an opportunity from which all should profit, through the magnificent spaces we have the chance to create.”

“There aren’t many cities of 5 million people. Without a second airport.” Says Mr. Linz, whose Rebel Property group has a significant interest in Sydney’s coming third major city, as the planned western sydney airport prepares to welcome international travellers 24 hours a day.

With Western Sydney Airport set to create 15,000 direct and indirect new jobs by 2030, the stage is set for a boom in industrial and commercial development. Additionally, the Greater Sydney Commission’s vision for 30 Minute Cities suggests a strong requirement for new and affordable residential dwellings along Western Sydney’s “string of pearls” suburbs:  Camden, Campbelltown, Liverpool and Penrith.

What are the mission-critical development criteria that must be addressed for Sydney’s newest city to succeed?

Of course this will present outstanding opportunities for development within the heart of Sydney’s Western suburbs. The trick for government, according to Mr Linz, will be to ensure that there is sufficient affordable supply generated, by working with developers to ensure economic viability across projects.

“There are a number of key factors associated with development around this type of new infrastructure that must be addressed in order to make quality development viable.”

The first factor is value capture levies on development, which are often set too high and, as such, have a tendency to discourage investment in housing and generally work to reduce overall supply and affordability.

The problem with value capture levies is the ad hoc nature of their application and the uncertainty that this prospect creates for developers.

The review suggests that where charges exceed the cost of providing infrrastructure, they act as a tax, which is a disincentive to develop.

Mr Linz believes that “the considerable uncertainty around this subject and the random nature of government imposed levies present a material threat to expected returns from development activity and add another level of risk to the new airport’s mission-critical question of housing supply and affordability.”

“It’s an exciting time to be involved in this industry in Sydney at the moment. There are many challenges but you wouldn’t want to be anywhere else.”

Share Tweet Pin It +1
Previous PostA Conversation with Eduard Litver of Bondi's Iconic Pacific Development on What it Takes to Deliver a World Class Lifestyle Project
Next PostWhen a Pair of Graffiti Artists Vandalised One of Thirdi Group's Sites, Co-Founder Luke Berry Hunted Them Down