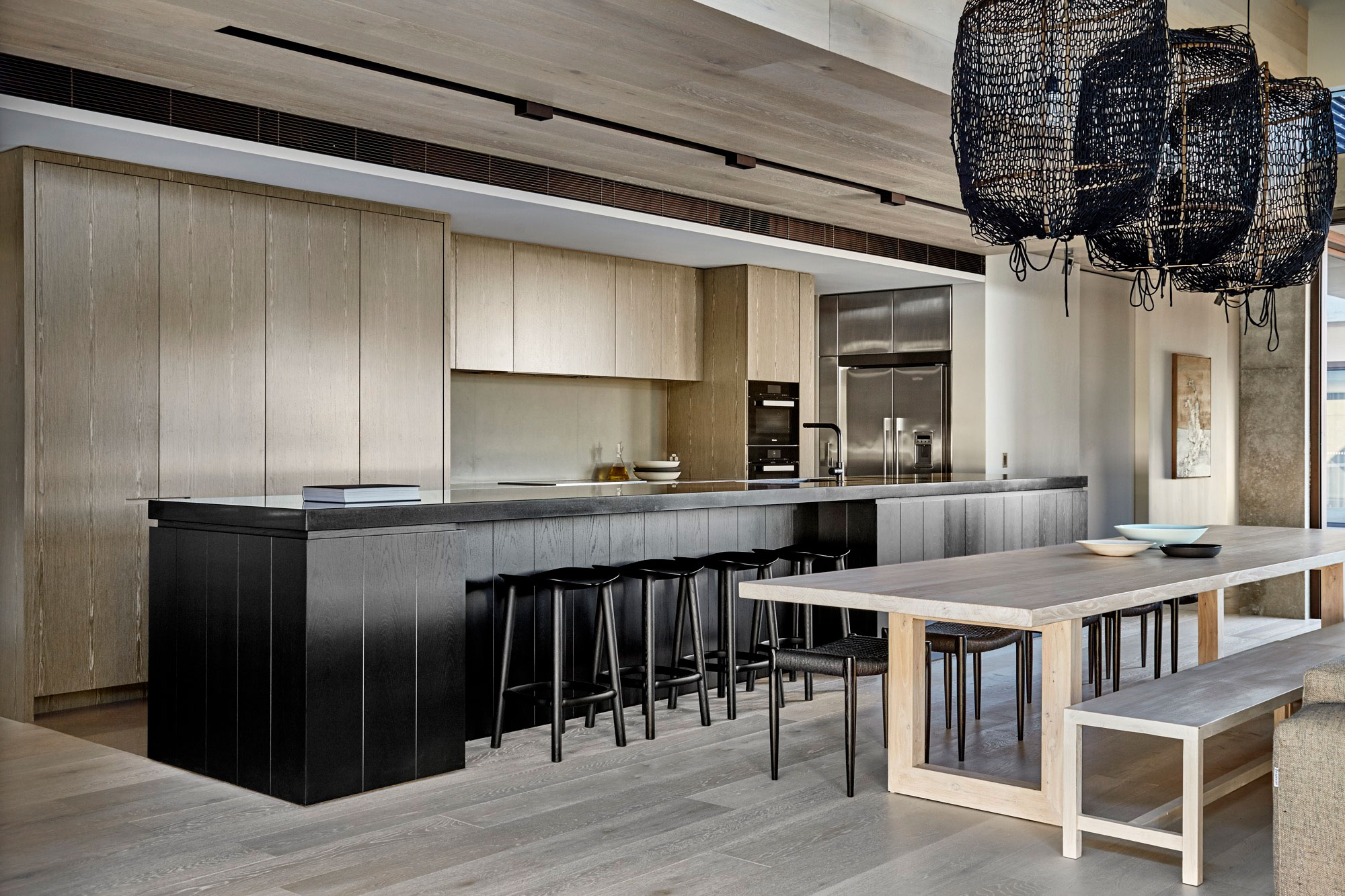 Interior designer, Jo Lawless, has never been to Belgium but in recent years she’s developed a curious kinship with the craftmanship of designers from this tiny slip of a country, better known for its Renaissance architecture.

Interior designer, Jo Lawless, has never been to Belgium but in recent years she’s developed a curious kinship with the craftmanship of designers from this tiny slip of a country, better known for its Renaissance architecture.

On a trip to Paris earlier this year, the Sydney based designer found herself repeatedly drawn to their wares at the fabled Maison&Objet international trade fair. 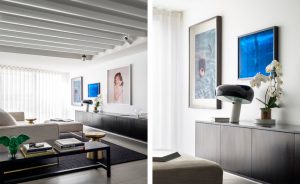 ‘We went to one stand at it had all these amazing marble vessels and the maker of those was from Belgium and then we found another with bronze door hardware, also from Belgium. It didn’t matter where we went, whatever we were attracted to it was from Belgium.’

She points to their predilection for working with natural materials like timber and stone.  A materiality she finds both authentic and soothing.

‘They just have a very understated, refined attention to detail, it doesn’t try too hard but there’s something very beautiful about it’.

It’s an approach with broad appeal. After building a name for herself with home-owners in Sydney’s East seeking understated luxury for their private abodes, Lawless now finds herself in demand with developers of boutique apartments, such as The Gentry in Alexandria.

Developed by Thirdi – with SJB architects – The Gentry consists of 37 Torrens Titled townhouses set within the retained heritage of a row of old brick workshops. Lawless and her team sought to amplify this warehouse vibe through the interior, with raw and natural materials balancing the old with the new.

‘By doing concrete floors for example we could establish a conversation between the architecture and the interior and a connection to the neighbourhood’, she says. ‘I think context is always important’. Lawless is already working on her next project with the Thirdi group and says their approach to design is a key to their relationship.

‘They don’t want to be a cookie-cutter developer,
they want to do things differently so they listen
to new ideas and they’re excited by them’, she explains.

Lawless, one half of the interior design studio Lawless & Meyerson, was born and raised in South Australia, where she completed a Bachelor of Design in Interior Architecture at the University of South Australia before moving to Sydney in 1999.

She established the interior design studio two years ago, in partnership with architect Brian Meyerson after three years working within MHNDU (of which Meyerson is a founding partner and principal).

Over the years her work has also taken her to the USA and Asia. Travel, for pleasure alone, is also a source of inspiration, says Lawless, who’s own home is dressed with mid-century design classics and ethnic art and crafts.

Travel has made her realise that there is more than one way to live, a maxim that can be applied to the various projects being developed in Sydney’s inner west and eastern fringes.

Recent Lawless & Meyerson developments include a triptych of apartments on Rose Bay’s beachfront, Bord de l’Eau (the water’s edge), by RnB property group, with architecture by MHNDU, ‘The Surry’ in Surry Hills for the Cadmium Property Group (architecture by Candelaspas & Associates) and Estelle in Bondi, for the K2 group (also with MHNDU).

Each of these projects has been designed in response to their locale, be it elevation, proximity to water or an eclectic local community. Minimalist luxury, clean lines and a subdued palette are the common thread through the interiors. With space in Sydney increasingly coming at a premium Lawless cites a notable shift in the approach developers are taking to apartment fit-outs. 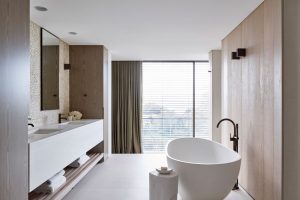 ‘Years ago, small apartments had cheap, poor finishes, while the bigger ones had the nice fit-outs’, she says. ‘It’s not like that anymore. People still want a beautiful space, even if it’s small’.

Light, aspect and convenience are also in high demand, with complexes now embedding greenspaces, gyms and concierge services into their offering. Regardless of the size or scope, genuine connection with clients is crucial to achieving a great design outcome according to Lawless.

‘Some people will just email us out of the blue and ask, “how much will it cost to do an apartment?”’ she says. ‘If someone’s choosing a designer based on their fees they’re not the right client’.

That Goldilocks combination of client, architect and interior designer is evident in the Vaucluse House, a new build completed in 2015 and designed by MHNDU. Lawless & Meyerson’s work on the interiors has been lauded with accolades, including the 2016 House&Garden ‘Room of the Year’ and ‘Best use of Materials’.

Lawless says it was one of those projects where everything ‘just flowed’ because of the strength of the team. Here too, materiality and tactility emerged as key drivers of the finish and feel. The off-form concrete walls of the exterior extend inside, providing a clean, consistent base palette. This enabled the layering of textures – lime-washed oak timber, natural hemp rugs and linen upholstery – with striking details such as the bronze-steel and glass staircase and black stone fireplace, ultimately anchoring the space.

‘Every now and then I get a text from the client saying, “I still can’t believe it’s my house”, she says. ‘There’s real pleasure in that, not just creating a beautiful space, but knowing that they love being in their home, that’s the joy’.