Charles Mellick of Fortis, on the culture of sharing amongst developers. 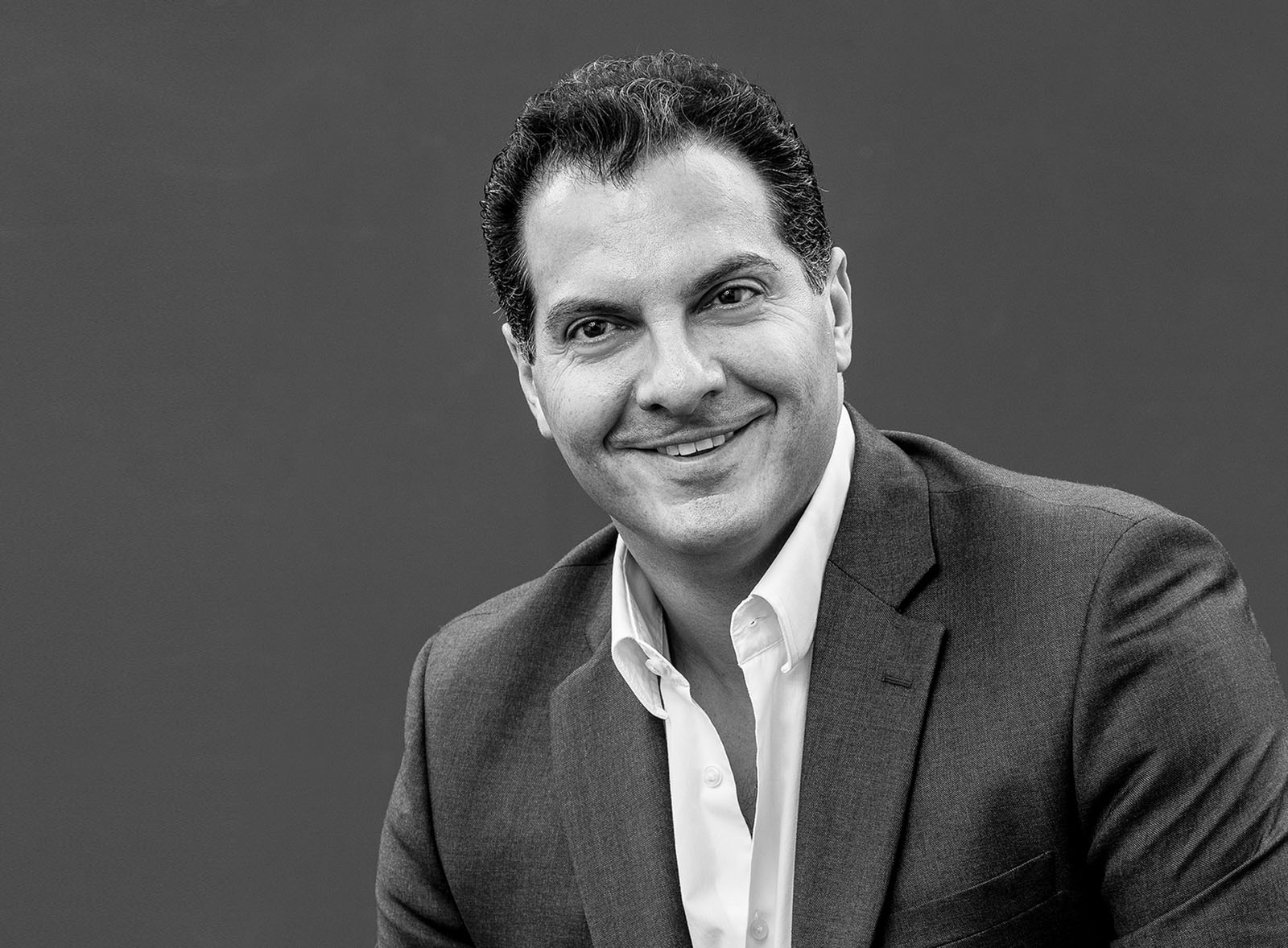 With its roots in Melbourne’s most prestigious suburbs, from South Yarra to Malvern and Toorak, Fortis Development Group has, of late, set its eyes firmly on Sydney’s blue-ribbon eastern suburbs strip, with beautiful projects in progress from Double Bay to Bellevue Hill and Rose Bay.

Most recently, the group has acquired the high-profile 30-36 Bay Street site in Sydney’s most exclusive harbourside suburb of Double Bay, which will become a headquarters for their operations as well as contribute to the revitalisation of Double Bay, activating the street-level through a dynamic retail plan.

With this commitment to a bright future for the organisation and their partners in Sydney, we sat down with Charles Mellick and Avalon Nethery for an insight into what they bring with them from Melbourne – and their vision and aspirations within this beautiful city.

It’s hard to deny that the quality and consideration of design in Melbourne’s residential real estate development market sets a standard to which cities everywhere aspire.

Melbourne’s creative culture has long set the bar for creative industries across the board. Purpose-led design and painstaking craftsmanship proliferate at a degree to which other cities are only now beginning to emulate in the boutique development space.

There are myriad factors contributing to this phenomenon, such as availability of flat land, cost of land and planning restrictions. And then there are the underlying lifestyle considerations at play: for one, without the dramatic harbour and coastline of a city like Sydney, there is a fundamental requirement to craft spaces of great character in order to nurture the day-to-day liveability of the city.

But, according to Charles Mellick, Director of Fortis Development Group, there is a cultural force at play within the industry itself that accounts, to a large degree, for the quality of Melbourne’s output – and that is a culture of sharing amongst developers. A collegiate network that is underpinned by goodwill and common benefit.

As far as Charles is concerned it is a powerful force for good in the industry and one that he actively seeks to support in Sydney now, as Fortis Development Group continues to upscale its investment in this beautiful city.

Having finessed their skills in Melbourne over the past 4 years, Fortis’ current project pipeline comprises 7 sites in Melbourne and 6 in Sydney, with GR’s of between $30m-$55m, with a view to increasing this target range to $50m-$80m in the near term. The Sydney team has grown from just 2 members (excluding directors) only 12 months ago, to a team of 9 as at November 2019 – with plans for further expansion through 2020.

Fortis’ board consists of founding members, Patrick Keenan, Dan Gallen and Charles Mellick; a symbiosis of lawyer, financier and developer respectively. Having started out just 4 years ago with three projects, the portfolio of work has expanded to include 18 projects  totalling an estimated $1.4b in value, with a bullish diversity of exciting new projects in planning at the moment, spanning residential, retail and office.

Without knocking the numbers though, there are far more engaging themes on the table when I sit down with Charles and trusted development manager, Avalon Nethery. In particular, ideas around relationships, collaboration and community; which, all too often, amount to nothing more than puffery, impotent aspiration or sales jargon in the world of property development – and would again here, were it not for the sheer excellence and execution supporting Fortis’ footprint.

The telling tail of Charles Junior

Perhaps one of the most pointed insights into the organisation’s core drivers is the disarming character of its most beloved four-legged member, Charles Junior (or CJ to his friends).

With zero years’ experience in property development and absolutely no qualifications, CJ is a permanent fixture at Charles’ side and brings a levity and humanity to the organisation that has indeed worked its way into the local community fabric, nurturing a suburban scale community spirit.

Not only is every Fortis development a dog-friendly one but this year, they hosted over 150 dogs at Rose Bay park as part of their Dogs of The East project, where groomers from puppy hairdressers to daycare and accessory providers spruced up pets for a glamorous photoshoot towards Fortis’ DOTE (Dogs of The East) coffee table book.

Their determination to add value to communities has underpinned other smart and simple Fortis initiatives, such as the Toorak Time Capsule: a collection of stories and memorabilia representing the people of Toorak in 2019, to be buried in the foundations of their 589 Toorak Road project for 100 years.

The exercise galvanised the community around the idea of preservation, celebrating the character and texture of the much-loved suburb and embedding the Fortis brand within the locale.

A community of developers

With community engagement a principal tenet for Charles and the team at Fortis, the question becomes which communities to apply this value to and where can the greatest outcomes be generated for their clients, the industry and their own organisation and brand?

Putting aside the public for a moment, Charles has seen first-hand how Melbourne’s development industry has long benefitted from something of an open source ‘developer family’ construct, in which ideas and experiences are shared and the rising tide lifts all ships.

In addressing this point, Avalon and Charles reference some of their closest Melbourne competitors as having directly impacted the quality and success of their projects.

‘We’ve gained enormously by fostering genuine and supportive friendships with our industry colleagues. They are some of our closest supporters and vice versa. These are outstanding developers doing remarkable work and contributing deeply to the quality of life in the areas in which they operate. From the outset, we have actively sought to engage with those people we admire and it’s taught us so much – and hopefully, we’ve been able to contribute in some ways to their successes too.’

They go on to mention people like Rollo Wright of Roulston, Ed Farquharson and Nick Inge from Moda and Will Leaf and Toby Ewert from Ewert Leaf, amongst a list of high-quality developers with whom they enjoy a close camaraderie.

There is a refreshing esprit de corps amongst boutique developers in Melbourne that is full of genuine interest in each others’ success, seasoned with a good sprinkling of light-heartedness.

‘Our product and processes have been honed so much through these kinds of relationships. One can’t help but be influenced by good thinking and experience. Through engaging with people whose work we admire, we’ve come to understand the importance of things like a reputable and trustworthy brand, commitment to delivery of design intent, a considered and refined approach to marketing materials.’

‘It’s all about human connections in the end. Even the building of a quality brand, means putting ourselves at the forefront. This goes to the heart of trust – all of our buyers and potential buyers have access directly to us… we joke they can call us on our mobiles just as easily as our mothers. ‘

There’s little doubt that Sydney has made strong in-roads towards a more collegiate industry. Especially amongst architects, where great work is generally celebrated and social media has promoted a cross-pollination of ideas and experience – and the team at Fortis are eager to help build upon this movement.

‘It looks like the UDIA and The Urban Taskforce have done a lot of great work to this end. I’d like to see this flow on into the private developer community in the form of regular collaborative forums, constant channels for open dialogue and sharing of ideas. To break down the walls of protectionism, towards greater empowerment, innovation and enduring outcomes for all of us (big and small).’ Says Charles.

‘We’re big on loyalty and relationships – and the best relationships are built on sharing and trust. We are now all close friends with our competitors in Melbourne. We share efficiencies, ideas and make each other better. This makes the industry better and that’s what we all need. We all need to lift our industry – and we’re very much looking forward to playing our part to this end in Sydney now too. ‘