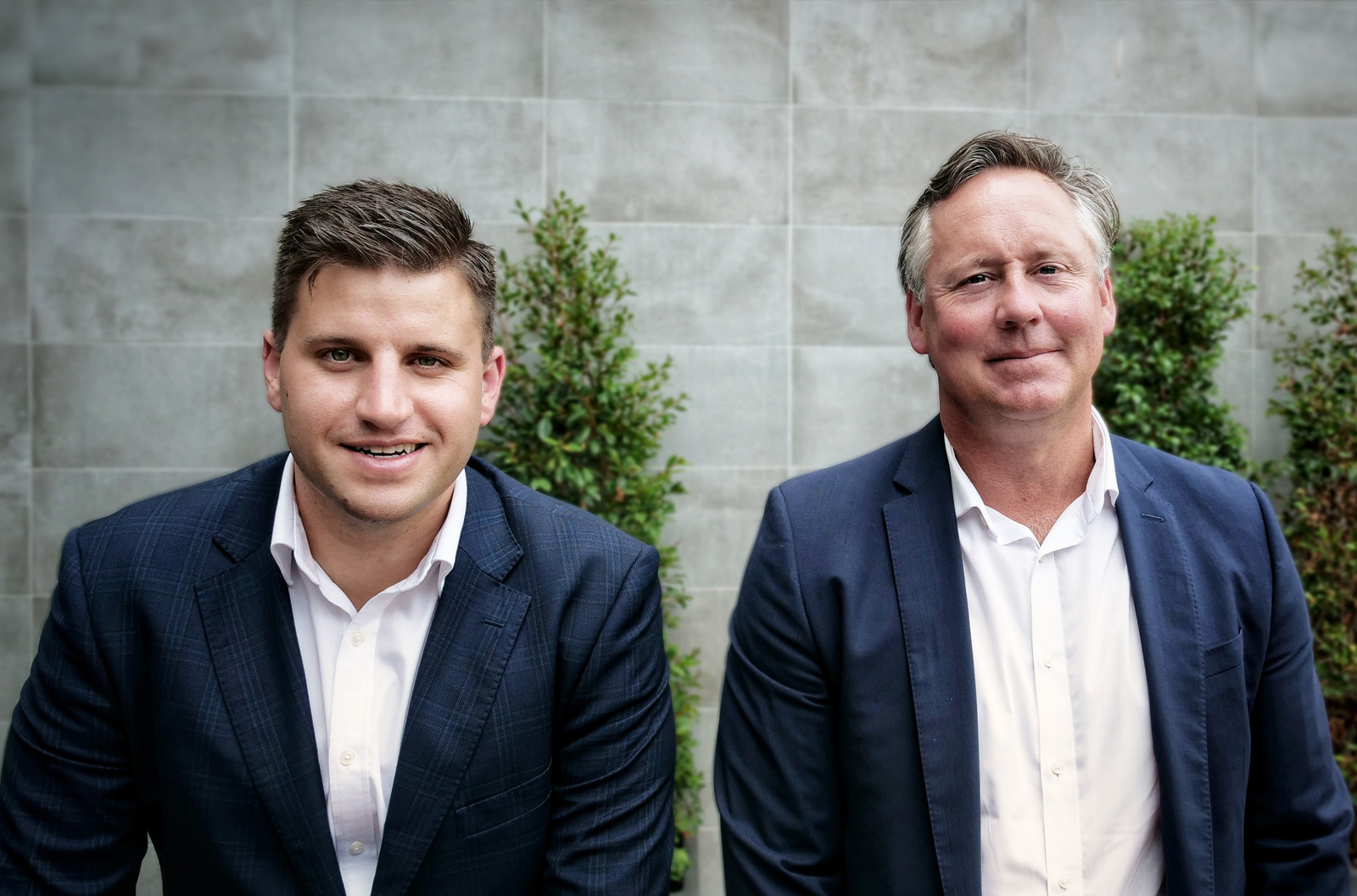 In a crowded market for boutique luxury projects, Oliver Hume Property Funds’ recently completed Parkville project in Melbourne has succeeded where so many have failed – creating a seamless intersection of new world modernity and old-world style.

The duo behind Parkville – Ben Coughlan and Ashley Duster – have been part of the journey from inception to completion and readily admit that after overseeing the development for more than three years it went from being just another project, to all-encompassing passion.

The luxury landed homes comprise of 3 or 4 bedrooms plus study. Each residence will be complemented by 2 or 4 secure car spaces located in a private underground garage, generous roof terrace and private courtyard designed by internationally acclaimed landscape architects, Jack Merlo Design. Select homes will include private lifts, cinema rooms and swimming pools. 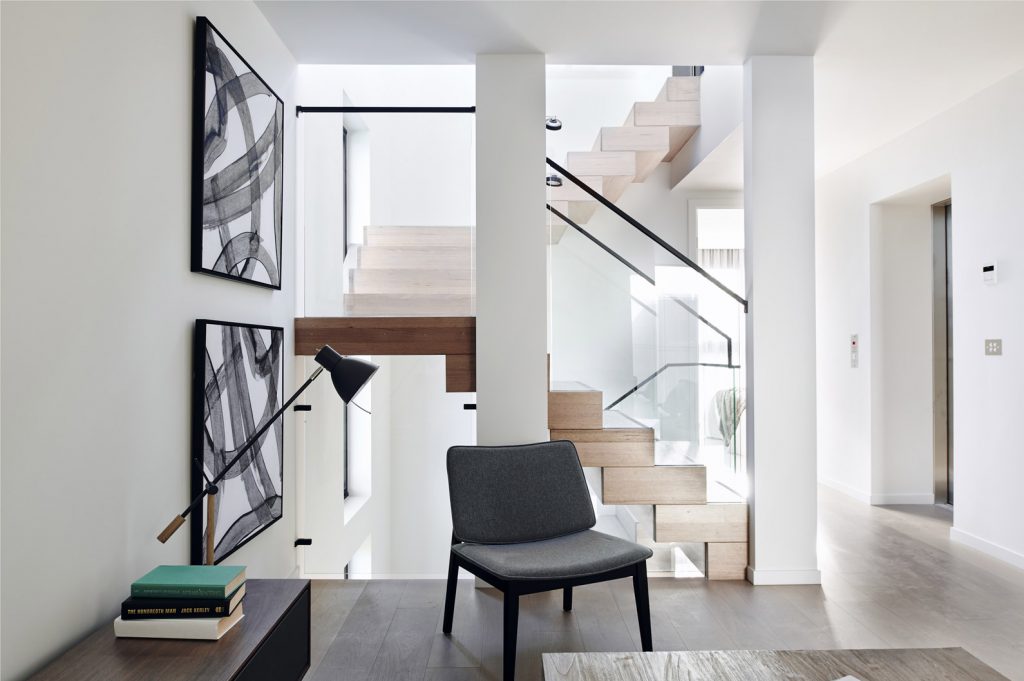 For Coughlan’s part, the success of the project started first and foremost with a clear vision for the urban form and its relationship with the surrounding area.

This was complicated by the fact the project had three separate frontages – Royal Parade, Bridleway Walk and The Avenue – each with their own unique characteristics.

“We had a strong strategic objective from the outset to create new luxurious homes, that were unapologetically modern, but were still attached and sympathetic to the surrounding area which retains many of its historical characteristics,” he said. “Getting the balance right was a constant tightrope walk.”

“It was essential to the project that the development along Royal Parade and The Avenue respected and maintained the prominence of the landscaped boulevard character which included the heritage buildings, landscaped front setbacks and established trees – as well as the blue stone walkways throughout the area.

“As part of this process we ensured that the project maintained the built form character for the area and does not intrude upon parkland, streetscapes or lane-scapes.” 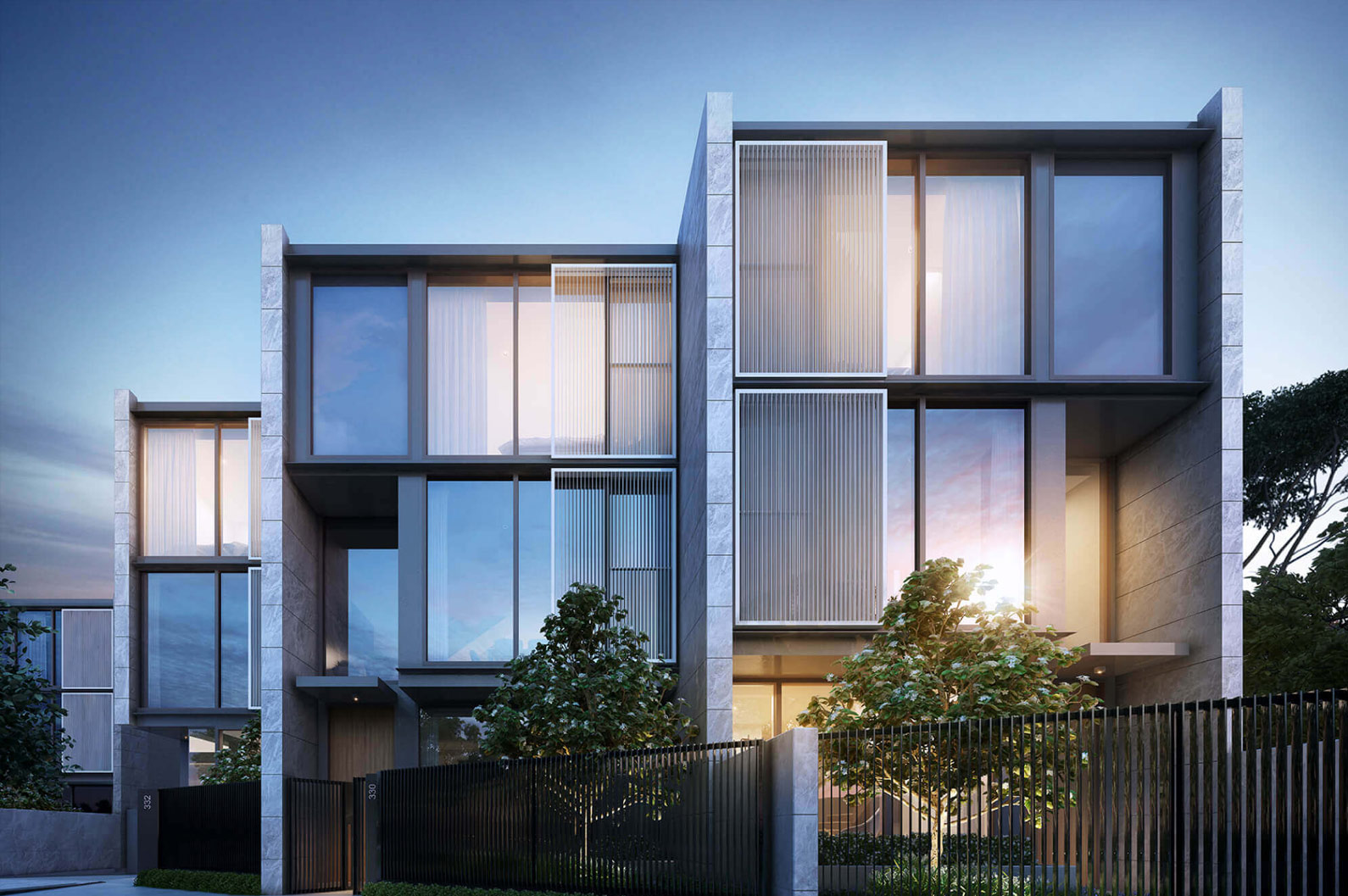 Duster believes the success of the project was down to Oliver Hume’s commitment to drawing on social and historical character of the local neighborhood – particularly the Victorian terrace homes that are still common in the area.

“It was more than just being aware of the local neighborhood, we wanted to pay homage to the design ethos that has seen their features become timeless,” he said.

“It was essential to the project to maintain the importance of the Royal Parade façade as a grand entrance boulevard that carried quality building design and the creation of a consistent building scale, maintaining the greenery which would connect it to the streetscape and park.”

The design process for Parkville was also heavily influenced by the broader context of the suburb of Parkville, which retains much of its historical value as the green heart of Melbourne.

Located just three kilometers north of the city, Parkville has been synonymous for much of its life with the neighboring Royal Park and the Royal Melbourne Zoological Gardens, a 180-hectare oasis of green that is the largest of Melbourne’s inner-city parks. 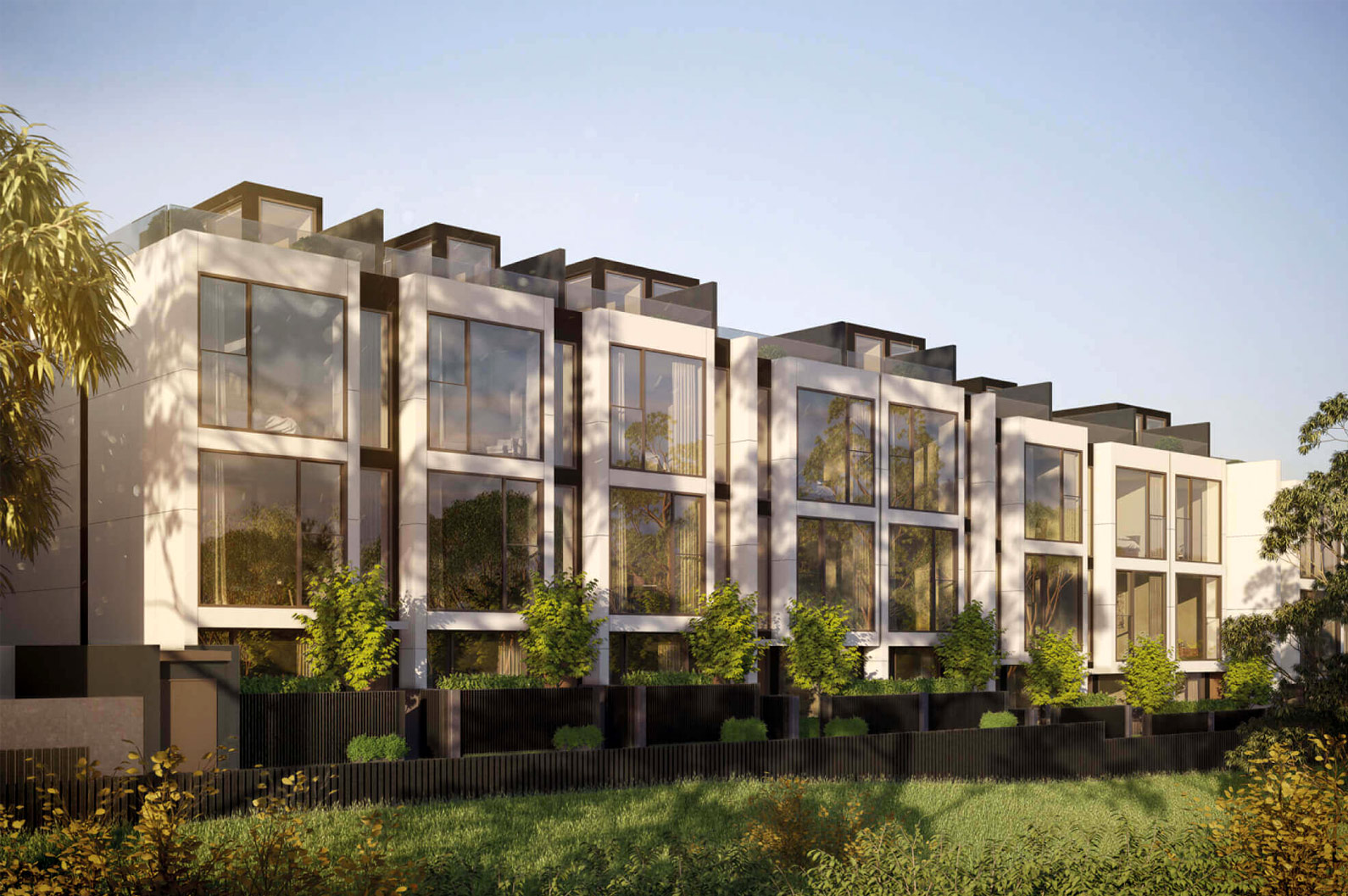 The area’s quiet, tree-lined residential streets and quintessentially Victorian terrace homes hark back to a history when horse and buggy ruled the roads. Much of the suburb is subject to heritage protection laws that ensure it will always retain its unique character.

It was essential to the project to maintain the importance of the Royal Parade façade as a grand entrance boulevard that carried quality building design and the creation of a consistent building scale, maintaining the greenery which would connect it to the streetscape and park.

Building to a standard, not to a price

One of the first and most difficult decisions for the Parkville project team was the rejection of the status quo when it came to product size on the site.

Coughlan believes taking a risk and focusing on size and space when the rest of the market was obsessed with yield and density will ensure Parkville becomes a legacy the Oliver Hume team will be proud to embrace. 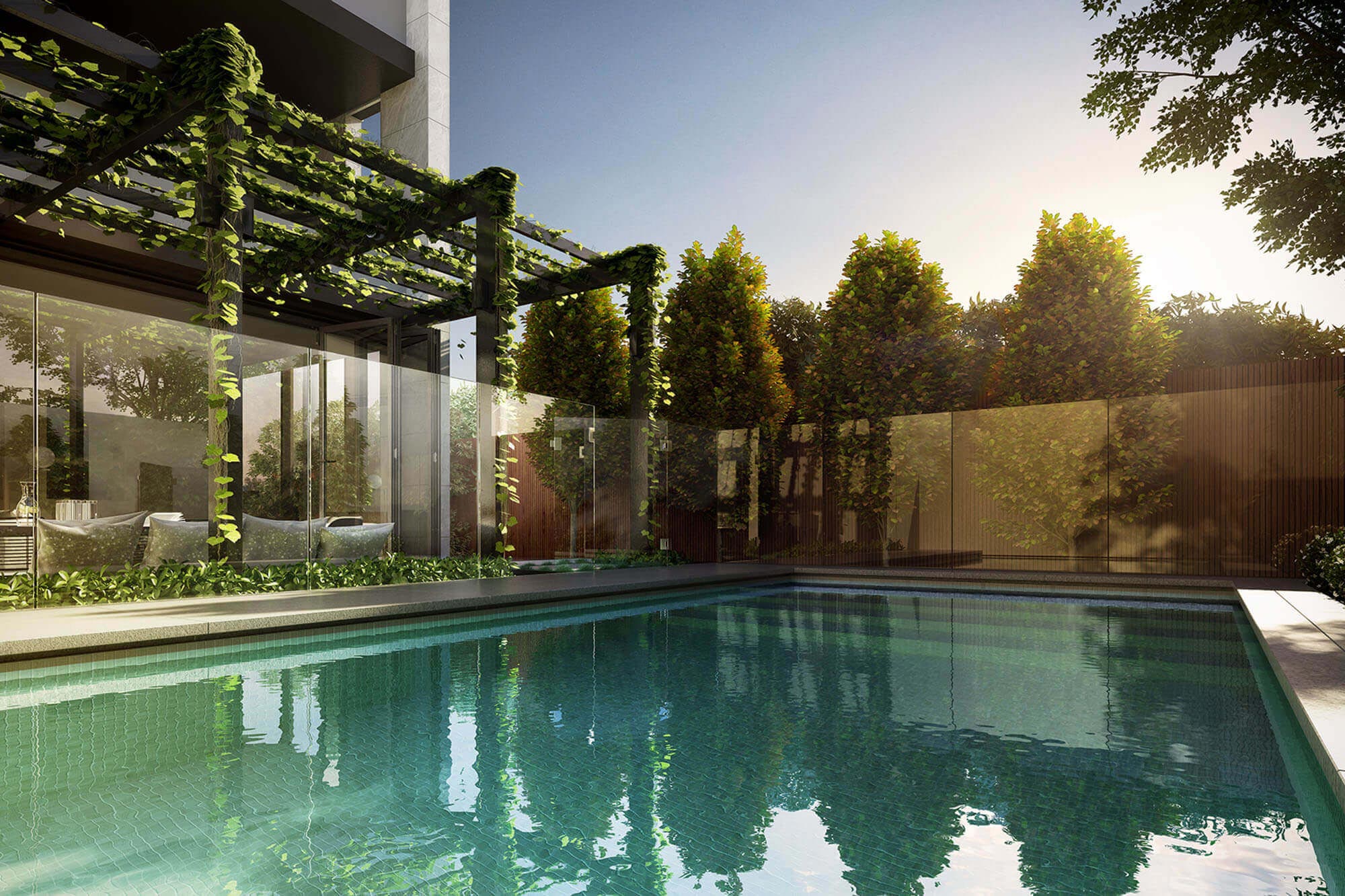 “There was significant thought and consideration when it came to the spatial design of the project,” he explains. “There was a focus on the way the project could maximise the utilisation of the land area by adopting a design philosophy which placed an emphasis on delivering valuable spaces in a vertical home.”

“Each individual space and its relationship with other spaces were gently nuanced to provide an escape from the day-to-day. These spaces were designed to provide superior moments of living in the homes.”

The smart use of space to create a range of numerous ‘zones’ through each residence was a key priority of the design team.

All residences are equipped with a prominent and sunlit staircase, an individual rooftop retreat, rear garden and integrated lock-up garage, capable of holding 2-4 cars depending on the residence. Specific residences include a private elevator for convenient access to each floor.

For lifestyle, it includes many of the elements you would expect from an inner-city suburb; top quality public transport, cafes, restaurants and family-friendly parks.

Share Tweet Pin It +1
Previous PostCharles Mellick of Fortis, on the culture of sharing amongst developers.
Next PostTalking Construction Partner Brand With Jad Maroun, Founder of Fast-Rising Lords Group