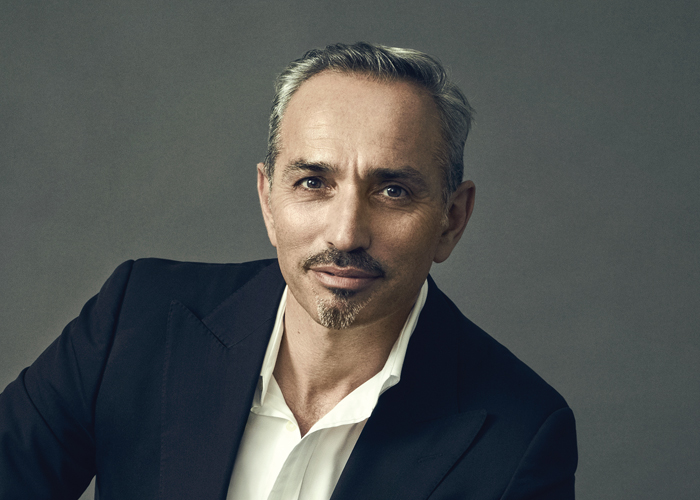 Stepping off the plane from Russia at age 11, Eduard Litver and his family were immediately bound for Bondi, where they were accommodated in a 10sqm shared room at a run-down boarding house on Knots Avenue. 27 years later he returned to Bondi to develop Pacific with project partner Allen Linz.

Bondi is a very different place now from the time when Eduard first found a roof over his head there. But even then the cost of housing in the area was prohibitive for this newly arrived family – and it wasn’t long before they were on their way from Bondi to Allawah, Kogarah and Hurstville, where his father worked 7 days a week to service  a mortgage on their small apartment.

With a taste for hard work and a vision for a different way of life (preferably down in Bondi) Eduard returned to buy his first apartment on Andrew’s Avenue, where he “swallowed the dust” while managing the renovation.

He next set his eyes on a “rough” but prime piece of real estate on Bondi’s Campbell Parade, which he managed to secure after some time chasing the owner. This was ultimately to become ‘The Bondi’.The rest, as they say, is history – one born of an appreciation of hard work, a passion for real estate and an insatiable drive to impact the lives and lifestyles of the people who live in our beautiful city. 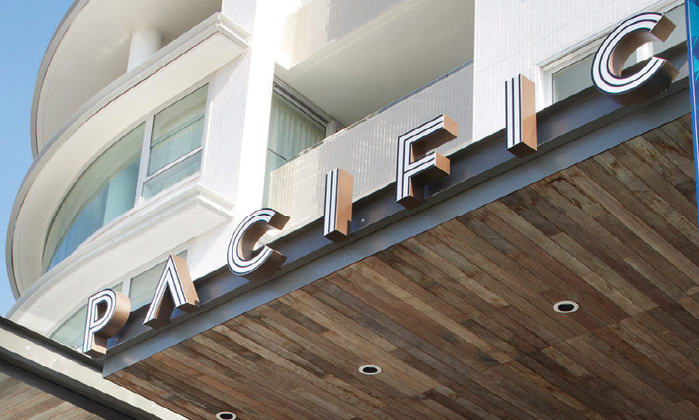 “Creating Lifestyles’ is the theme as we sip our very bondi coffees -and it seems there is no length to which Eduard Litver won’t go to transport residents of his projects into a way of life beyond anything they could have imagined.”

It is fair to say that prior to developing the Pacific with Allen Linz of Rebel Property Group, The Bondi on Campbell Parade was the beginning of the rejuvenation of Bondi Beach. It certainly had all the signature Litver signs: firstly in respect to the record setting prices that seem to follow where he goes, secondly for the complexity of the project, and thirdly for those special touches, like the concierge service, which was unique to Bondi at the time.

With limited local precedent for a multi-dwelling development asking $5 million to $8 million for apartment sales in 2007, The Bondi was the development that really set the wheels in motion for the suburb’s prestige price tag which, some 7 years later, was to be benchmarked once again when Pacific’s penthouse achieved the highest price for an apartment in Australia at the time, at $21 million.

But, as Eduard points out, “the greatest satisfaction is not solely financial but in seeing the enormous influence that our hard work has on people’s lives. And while some may brush off this comment as lip service, it certainly seems that in this case, the proof is in the pudding. So much so that the developers themselves have called Pacific home to date.

Foster relationships of honesty and trust with buyers by actively engaging

The importance of buyer involvement to the developers was apparent in their offering of three designer finishes, inlcuding Koichi Takada, PTW and SJB – a rare practice at the time.

No expense was spared in creating an elaborate display replicating the visions of these talents, with a private event for buyers at which each designer presented an inspiration and philosophy behind their vision.

Eduard goes on to say of this event that “looking around the room, there was one moment where I thought to myself, we’re creating a whole new community here.”
“We were deeply engaged with every buyer in the building. We took them on the journey and shared our vision every step of the way, so they became a part of the process and trusted us to deliver something special.”

The intense attention paid to every detail, realised spectacular artworks by local and international artists throughout and extended to challenging curved architecture and a 6 storey projection art display that comes to life in the atrium every evening from sunset.

“In our view, defects and delays were an opportunity to engage with our buyers on an ongoing basis, rather than something to be avoided. We were proactive in explaining and keeping them up to date with progress and they clearly appreciated this approach. It gave them comfort that we were there and that we genuinely cared.” says Eduard.

Most recently, the new Bondi Beach Public Bar by Maurice Terzini has found a home on the corner of Curlewis and Campbell Parade.

Despite the complexitiies and challenges presented by council and effusive local objections, sheer determination, vision and passion has seen their lifestyle dream extend well beyond the residents themselves, spilling out onto the streets below where a once tired end of Campbell Parade is today abuzz with families and young people fresh out of the water, queuing for cool, innovative dining options such as poke-style Fishbowl, Macelleria’s casual cafe style steak-house & Speedo Fitness Club.

5,500sqm of retail space, including Bondi’s first supermarket above one of Sydney’s most inviting underground carparks underpins what is now a destination location.

“Bondi has always been a lifestyle suburb. We wanted to build on this. To retain the essence of this one-of-a-kind suburb and support it’s evolution. Evolution is an inevitable fact of life – of course there will always be those who oppose it, that’s natural.” 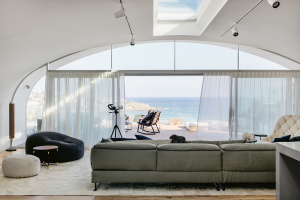 The market threats and opportunities at the moment

“From a market point of view, with financial markets exerting pressure on development finance at the moment and the planning system in a state of relative disarray, one has to be very selective when choosing projects.  I would avoid very mainstream projects of which there is a considerable supply at the moment and focus on tightly held markets that require expertise and skill to manoeuvre through the maze of the planning system.

There is a still a shortage of supply, which will continue to support price. The danger for developers and buyers as a whole is the poor state of planning in Sydney which impacts heavily on supply and affordability.”

For me, personally, a project must excite me on some emotional level. The opportunities to change the landscape, redefine and revitalise existing paradigms is what moves me.”

Share Tweet Pin It +1
Previous PostSales Talk With David Milton, Managing Director CBRE Residential Projects
Next PostThe Future of Development in Sydney is Up in the Air